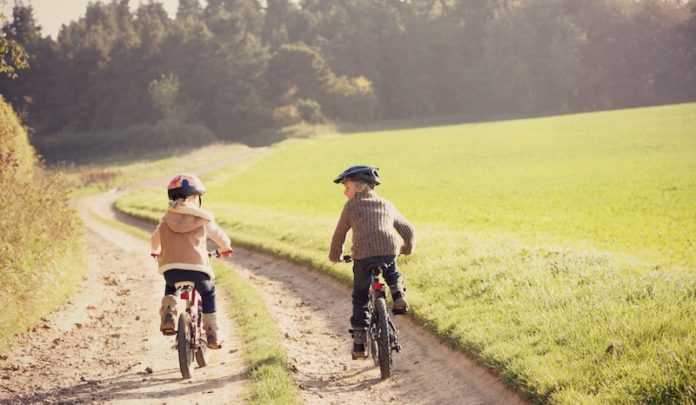 Independent kids are more successful in life because they develop self-reliance and don’t need to lean on others for answers and solutions. To support a bright future, many parents allow their kids to exercise their independence at all ages. In kindergarten, it means allowing them to choose what to wear to school even if it doesn’t match. For older kids, exercising independence might mean letting them choose how to spend their allowance even if they waste their money.

At first glance, it might seem irresponsible to allow children the freedom and autonomy of an adult. For example, most parents today would never allow their eight-year-old child to walk home alone from the park; a free-range parent would, under certain conditions. In the 1970s and 1980s, it was common for kids to have this sort of freedom. Today, it’s almost a crime in some areas.

Unfortunately, some states have redefined child abuse to include allowing kids to walk home on their own or play in the front yard. However, Utah passed a law in May 2018, specifically stating that permitting children of sufficient age to engage in specific independent activities does not count as neglect.

“Free-range parenting emerged as an antidote to the over-coddling, that is often referred to as Helicopter Parenting,” says Regina Pally, M.D. “Free range parenting got started in 2008 when Lenore Skenazy let her then-9-year-old ride the subway by himself, and she ended up having to defend herself on TV after being called the ‘worst mom in the world.’”

Despite being a well-intentioned and thoughtful parent, Lenore faced heavy criticism and was accused of being an abusive parent. Despite the backlash, she stood her ground. Lenore was raising her child to build independence and self-sufficiency at an early age – something many parents are afraid to do. As Lenore’s story spread, she gathered support from others, and the free-range parenting movement was born.

What free-range parenting is not

Free-range parenting isn’t neglect or abuse. When done right, free-range kids get to explore their world and discover life from direct experience. Despite the rumors, most parents do set age-appropriate boundaries. Parents who don’t are in the minority.

One of the biggest concerns about free-range kids is that they’re at greater risk for injury when they’re allowed to engage in risky play. According to Fatherly.com, kids generally have a healthy sense of self-preservation and are unlikely to fling themselves off a roof just for fun. Kids are actually safer when they learn how to manage risk on their own because it helps them understand their limits.

Sometimes discovering those limits will involve injury. However, no kid can be bubble wrapped forever. No parent wants to see their child hurt, but skinned knees, cuts, and broken bones are unavoidable. Exposing a child to potential risk actually improves their physical and psychological wellbeing. Kids who aren’t allowed to climb trees, jump around, and explore their world often become timid adults afraid to engage the world around them.

Give free-range parenting a chance

Although free-range parenting might sound irresponsible on the surface, it’s a parenting style worth a closer look. Regardless of a child’s age, they should have the ability to express their independence. That doesn’t mean you should let your five-year-old mow the lawn, but if they want to go to bed at 10 p.m., let them experience it. If they’re tired in the morning and have a bad day, they won’t do it again. If going to bed late doesn’t affect them, then it’s not a problem for them.

You don’t have to adopt it with your own kids if you don’t feel comfortable, but there’s plenty of wisdom that can be learned from this movement. You can choose to expand your child’s autonomy here and there, without giving them total freedom. Your child will benefit from any amount of autonomy you allow them to express.

Developing independence should be one of the most important points of focus for your child. Their future healthy life depends on it.

This article has been sourced from NaturalBlaze.