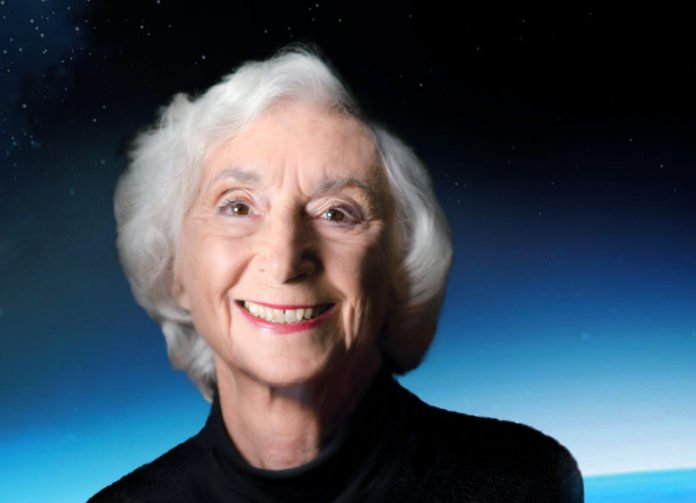 On April 10th, 2019, Barbara Marx Hubbard transitioned out of this world. Barbara was a visionary that promoted the idea of conscious evolution for many decades. She even founded an organization called The Foundation for Conscious Evolution because she could see into the future possibilities in regards to how far human consciousness can evolve with conscious and intentional focus on that process.

Barbara envisioned a shift from humans being homo sapiens sapiens to homo universalis. The birth of a new humanity is something she will not come to see within the lifetime she just lived, but there is certainly a transition happening right now, which she has been an integral part of co-creating. She has been sharing her vision and ideas with humanity through several insightful books including:

Birth 2012 and Beyond: Humanity’s Great Shift to the Age of Conscious Evolution

Conscious Evolution: Awakening the Power of Our Social Potential

52 Codes for Conscious Self Evolution: A Process of Metamorphosis to Realize Our Full Potential Self

As the co-creator of several organizations including the World Future Society, the Association for Global New Thought, The Club of Budapest, and the Evolutionary Leaders, Barbara has stayed committed to her life’s mission of helping guide humanity into a new conscious paradigm.

The following is a message from her website that was written on her transition.

It is with great personal sadness that I share with you that our beloved Barbara has passed into the next world just a few hours ago.

Barbara you were a blazing light in this world.

The Wild Stallions that moved you were yoked to the evolutionary impulse itself. Evolution was awake as you in Person. Reality delighted in having a Barbara experience.

You were the greatest Evolutionary Story Teller of our time.

Your dreamed of social synergy, of the Peace Room, the Office for the Future, you  incarnated a vice presidential bid, a historic speech at the democratic national convention, the great Foundation for Conscious evolution, all of these were the vehicles you audaciously manifested for the impulse.

Abraham Maslow, Bucky Fuller, Jonas Salk, and so many more,  including this writer, – you charmed us all, you recognized us all,  you inspired us, you called us forth with you.

Friends, allow me for a moment to be intensely personal. I spoke to Barbara last Friday evening. She was filled with life. We were going over the evolutionary code I had written for evolutionary church the next morning.

Barbara, I called you the next morning. The nurse said you were not well. She held the phone to your ear; you said filled with life, “Marc” …and that was the last word you spoke. I flew to the hospital to see you right after church – on the next flight – expecting to meet you  after the surgery – awake and fully alive. You did not wake up.

It is trite to say but it all happened so fast. I thought we had at least several years left to deepen the work and take everything to the next stage, and to drink many glasses of the wine you so loved along the way.

Oh my God,  I/We will miss you.
Barbara, we will hold a first memorial service for you this Saturday morning at Evolutionary Church. We will send everyone a link tomorrow.  But I know you loved a big party.

So for your central memorial service -we will do exactly what you asked us to do. We will – all of us together throw a big Evolutionary Party, live streamed on line and in person.

At the Evolutionary Party, everyone in your honor, inspired by your calling forth, will speak their hearts desire for the sake of the evolution of love.
Barbara – We promised you we would throw the party – you promised to come.
So we are counting on you to show up.

Tears streaming down my face.

A Great Leader has passed.

A Great Feminine Co- Creator – reborn again and again through what she called Regenopause – a woman who was getting newer every day and never got older –  has left our world.

A Great evolutionary has passed.

A great light has gone out in the manifest universe.
But I/We  promise you Barbara, all of us –  I/we will continue our  EVOLUTIONARY  PARTNERSHIP. Deeper than ever, with more evolutionary joy, with radical commitment, with mad love and delight.

A great sun has set.

A new sun must now rise.

The torch has been passed. We must all pick it up and light the world on fire.
Evolution must become revolution. The New story – “evolving the very source code of evolution” is not only possible but urgently necessary as we stand between dystopia and utopia.

Barbara love, do you like what we wrote here, do you want to edit it or rewrite it as you often did with me?

I love you Barbara. We all love you.

You are blessing.
You are the goodness of evolution pouring into reality.
You spoke the word. You were the Logos.

We will continue to speak the word, to tell the story until the world is transformed and every unique self knows they are personal expressions of the evolutionary impulse itself, worthy of infinite dignity, and joy.

All people are born creative. Let us create together – with you guiding us Barbara –  from the new world which you are already lighting up.