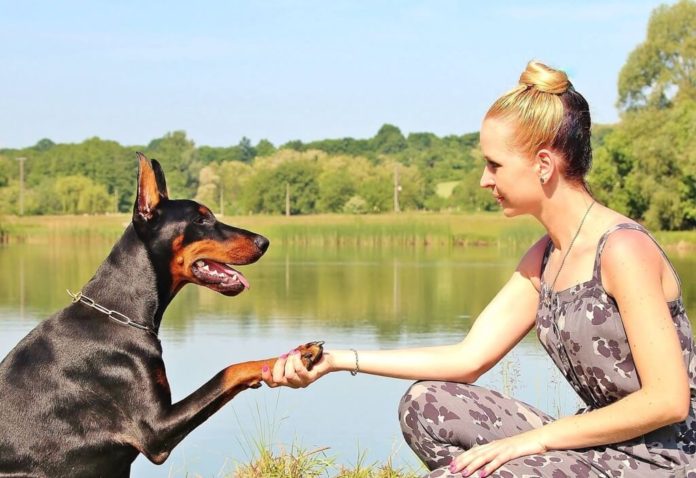 Having a dog has been proven to have plenty of health benefits, both physically and psychologically, so it’s no surprise that dog owners tend to be less stressed, happier and they’re more likely to hit daily exercise recommendations. Dogs help their owners to enjoy the great outdoors more, with 87% of dog owners meeting exercise guidelines compared to just 47% of non-dog owners. As a pet parent, this means that you’ll be exercising more and healthier for it. Plus, you’ll have a furry best friend who is always at your side, which is hugely beneficial for your mental health.

Studies consistently prove that dogs are great for lowering stress levels, which means better health overall as stress is linked to so many other illnesses. Just petting or playing with a dog increases levels of oxytocin, a stress-reducing hormone, and decreases the production of cortisol, the stress hormone. Research has also found that employees who take their dogs to work with them experience less stress throughout their workday. In fact, some studies have even gone as far as to suggest that spending time with pets results in a bigger reduction in stress levels than spending time with other humans.

Less chance of a cardiac event

Stress is linked to numerous illnesses, such as cardiac events, so it’s no surprise that lowering stress levels will also reduce the chance of a cardiac event. A 2001 study found that patients with high blood pressure who owned a dog had lower blood pressure levels during mental stress than those without pets. Another study found that people who had a heart attack have increased odds of surviving for at least a year afterward if they have a pet. The researchers believe that pet ownership is a significant predictor of survival, independent of other psychological and physiological factors.

Researchers asked an open-ended question to participants and found that the most important benefit of having a dog was companionship. Companionship has been linked to less illness and can add years onto your life, whereas feeling lonely and isolated can trigger symptoms of depression. Many dog owners talk to their pets and just having them there can be enough to boost mood. Dogs tend to be a bigger part of their owners lives than other pets as they’re more dependent and attached to you, which in turn leads to humans involving them in more things, such as going on road trips, holidays, and days out together and talking to them about your day and any problems they’re dealing with.

Anyone who has a dog or has spent any amount of time with a dog will know that they pick up on human emotions and behave accordingly, which is why dogs make such great therapy pets. In particular, dogs can help people with depression and anxiety as they offer no judgment, companionship, unconditional love, and just coaxing their fur can help you to relax and live in the present, rather than focusing on bad memories or potential future problems. Trained service dogs are also being used for veterans with PTSD, which has been so effective that programs are receiving funding to develop it further.

You have to go on walks

Having a dog means you have to go on lots of walks to keep them happy and healthy, and you get those benefits too. A recent study found that dog owners walk about 20 minutes more each day, which equates to around 2,760 additional steps. The walking done by dog owners was also found to be of a moderate pace, which means it counts towards weekly recommended targets and will have plenty of health benefits too, from a lower body weight to a healthier heart. You may find that you’re more inclined to visit different places to explore with your dog too, helping you to feel closer to nature. Alternatively, put the dog on a leash and go biking.

Various studies have found that owning a dog can boost your immunity and increase your level of immunoglobulin A, which is a type of antibody that helps to keep your immune system functioning well. Basically, dogs expose people to microbes that they wouldn’t otherwise come into contact with in a clean indoor environment. They add diversity to the indoor microbiome, which consequently improves your immune system’s function. Living with a dog, particularly from a young age, can also reduce your chance of developing allergies, and not just to dogs. Research from the Department of Pediatrics at the University of Wisconsin found that early exposure to dogs reduced the risk of developing certain allergy diseases.

Dogs require more time and energy than other pets but they give what they get. The more time you spend talking to your dog and exploring the great outdoors with them, the better your health will be, both physically and psychologically. Once you’ve had a pet dog it’s difficult to live without one as they make your life fulfilled and happier.