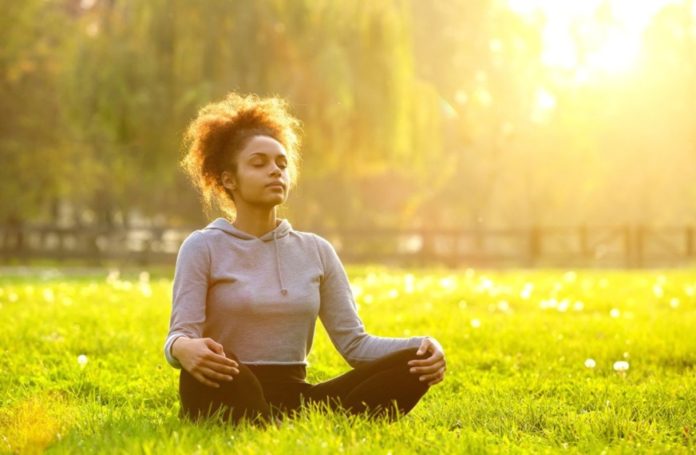 Try this simple way to beat stress and help relieve symptoms of anxiety and depression.

If you’re into yoga, there’s a practice you might already be doing that’s been shown to benefit people who suffer from mental illness.

A recent study from the University of Pennsylvania found yogic breathing, a practice known as Sudarshan Kriya, helped “alleviate severe depression in people who did not fully respond to antidepressant treatments,” and lessened symptoms, such as stress, associated with the mental illness.

Karusia Wroblewski, who teaches yogic breathing in her yoga classes at Toronto’s Yogaspace, says the technique has significantly improved the lives of both herself and her students. “They have more energy and their outlook on life improves,” she says. “One student reported being able to cut back on anxiety medications. I just received a thank-you letter from a student who had suffered from deep depression, panic, anxiety attacks and insomnia.”

Yogic breathing is more than just slowed inhalation and exhalation—it requires a conscious effort in recognizing and regulating our breathing patterns by adjusting the speed, rhythm and volume of each breath. According to Wroblewski, we often neglect the importance of breathing because it’s a natural process. She says injuries, stress and even strong emotions can affect “healthy breathing.”

Thankfully, for those who can’t make it out to yoga class, you can practice yogic breathing at home. It’s entirely safe for beginners. Wroblewski suggests finding an experienced instructor if you want to try intermediate or advanced techniques. Here’s how to do it.

When: Try practicing when you wake up in the morning, or at night right before you go to bed. It’s not ideal to do this type of breathing on a full stomach.

Proper position: Start by lying on your back with a pillow under your knees and interlace your fingers, resting them on your abdomen. Close your eyes. Let the tension in your body melt away.

To learn more yogic breathing techniques, check out this article.