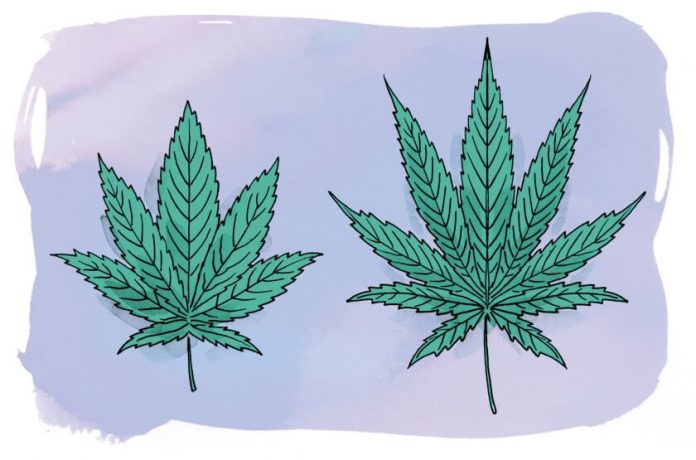 Opioid painkillers have caused a crisis in the United States and elsewhere. Opioids are often prescribed for severe and chronic pain. The problem with this is that it’s very easy for a patient to become dependent on them. Once dependent, they no longer work to control pain and the body goes through withdrawal symptoms if they don’t have it.

These withdrawal symptoms can cause several things to happen:

There is also one more option:

Now that CBD and other cannabis products are available more widely, they have been used consistently by doctors and clinics, and even by individuals themselves, to leave powerful, dangerous opioids behind. Not only do the effects of CBD help to lessen the harsh symptoms of withdrawal, but it can also do what the person was in search of in the first place… effective relief from chronic pain.

The Definition of an Opioid

Opioids are powerful, prescription painkillers. These are the types of pain relievers that require you to show picture identification when you pick them up from the pharmacy. The reason for this is because they are such powerful pharmaceutical medications that they are often abused. By showing your ID at the pharmacy, they have an idea of how much of these medications you get, and how often.

You will most likely recognize at least a few of the medications on this short list of prescription opioid painkillers:

Many are surprised to find that methadone is also an opioid painkiller even though it is often used to help those suffering from the withdrawal symptoms of other medications. This is why methadone is not a safer alternative to the medication the person was using in the first place and why CBD and other cannabis products should be used instead of methadone.

Two major studies have medical professionals debating the efficacy of CBD and cannabis in preventing opioid deaths. The first study began in 1999, just after California made some very progressive moves that would be the start of the “cannabis culture” that has developed into what we see today. Over the next 11 years, the results showed that increasing cannabis use had a direct relation to the number of opioid deaths.

This study was then followed up by another. This study began just after the first had ended. The initial goal of the new study was to confirm the results of the first one, which it was able to do. It did, in fact, appear that rising use of cannabis had decreased the number of deaths due to opioid use. However, from 2010 on, these same patterns weren’t apparent.

There are three reasons that doctors, scientists, and sociologists have come up with to explain this sudden change:

Benefits of Cannabis Use, Especially CBD

Cannabis that contains THC was originally legalized for medicinal purposes. However, now it’s been found that cannabis that contains higher amounts of CBD than THC, or only CBD, still provide patients will all the medical benefits of medical marijuana but without the feeling of being “high.”

CBD as a Replacement for Addictive Opioid Painkillers

Currently, CBD is available for chronic pain so patients never need to know what it feels like to be so dependent on a medication like opioid painkillers can do. However, if a patient is taking prescription opioid medications, they should talk to their doctor about switching slowly to a CBD form of pain relief.

For those who are addicted to street forms of opioids, talk to someone at a clinic that advocates for CBD-assisted withdrawal. Having the assistance of a clinic can help you with other things you may need when transitioning away from street drugs, such as regular medical care, group therapy, individual counseling, and state-funded programs such as food assistance and job training. CBD can be used to help treat a variety of different illnesses, you can learn more about how CBD interacts with drugs here.

The Medical System Needs a New Way of Thinking

CBD and cannabis-related products are helping those who are addicted to street or pharmaceutical drugs to live much healthier lives. Today, CBD is an option for pain relief where a patient may not have been a candidate for much more than Tylenol prior. As an example, many patients with Lupus aren’t able to take very many pain meds because Lupus also damages the kidneys. That doesn’t stop Lupus from being a very painful disease to live with. Today, CBD offers new hope to those with Lupus who live with chronic pain.