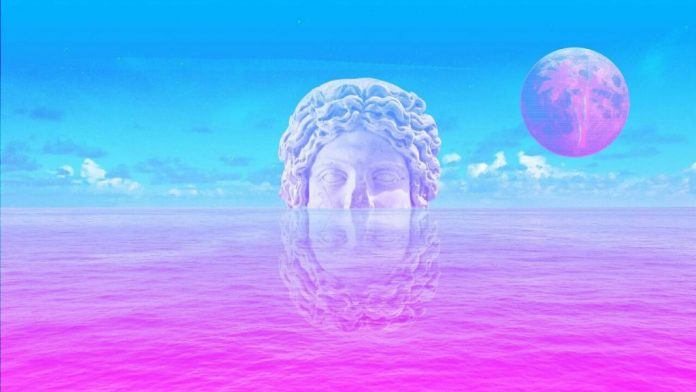 The main blindspot in the anarchism/voluntaryism movement is the denial of the spiritual reality (many anarchists seem to be atheists and materialists) and majority of anarchists typically hold a lack of awareness regarding the evolution of consciousness that is taking place and how things may be playing out from a bigger picture perspective (including the hyperdimensional matrix). Anarchistic principles, like sovereignty, are also seen and approached from a very limited ego-personality separative-perspective and are based on reason/logic and not from any spiritual insights/direct experiences; with a resulting tendency to dismiss the fundamental inter-connectedness of all that is.

There also seems a lack of sincere self-work and embodiment (let alone esoteric/spiritual inner work) in many self-proclaimed anarchists as they infuse their anti-government attitude with a mental/rational approach of “morality” (which most often fueled by their suppressions of anger/pain and the resulting shadow projections). There is also a tendency towards a distortion or over-simplification of what some call “natural law,” resulting in an unachievable intellectual utopia that is actually ironically very out of touch with nature and the bigger process we’re going through from the perspective of our current evolution of consciousness.

The anarchistic mindset can easily get trapped in its own logic and the limitation of reason without considering the metaphysical/spiritual reality that all is ONE; and this cannot be comprehended/seen/experienced by a mental approach to “solutions” of what system (or -ism) is “best” for humanity. The “revolutionary mind” tries to get rid of evil via externalizing it and getting caught in this play of duality, fueled by their (shadow) projections which most often result in moral-superiority, shunning and shaming anyone who is not “moral”. But for the sincere spiritual seeker, what is currently happening goes beyond our own mental ideas of morality, good or evil.

I’ve written about the issues I have found with statism and the religion of government before. I’d also like to state, again, that I’m neither a statist OR an anarchist. This can seem like a contradiction or paradox to anyone who is caught in black & white thinking. Even though I can appreciate the principles of Anarchism from a philosophical and intellectual point of view, reading “The Human Cycle and The Ideal of Human Unity” by Sri Aurobindo has confirmed and brought clarity to the issues I sensed with today’s intellectual anarchism; which is that it’s basic flaw is that it is lacking in a deeper spiritual foundation. Essentially, statism and anarchism are two sides of the same coin.

Modern intellectual anarchism is a mechanical reaction to counteract the suppression of the individual by the government. This opposition is needed and has its place, as Sri Aurobindo pointed out, but it is still just a symptom of a much larger process, and eventually, humanity will have to undergo this process of spiritualization, which goes beyond statism, anarchism or any other form of “-ism”.

In our current state/level of being and spiritual embodiment (or lack thereof), we are not even close to the “spiritualized anarchism” Sri Aurobindo was talking about and taking this next possible step after the current mechanical/reactionary intellectual anarchism that many “truth seekers” identify with today. In that sense, we actually have “no choice” but to be governed because our collective consciousness is simply not spiritualized enough to embody and truly live this higher ideal of spiritual anarchism. The vast majority of human beings are wounded/traumatized, slaves to their thoughts, conditioning, egoic selfish desires, and mechanical reactions—which the psychopaths and anti-divine asuric forces that work through them use to their benefit.

While many self-proclaimed anarchists promote sovereignty and freedom from external governmental forces, most of them are not aware that they themselves are not yet free from their own minds, conditioning, wounds/trauma, lower vital desires, ego identification, mechanical actions, and unconscious shadow aspects (including manipulations by hyperdimensional occult hostile forces which tag into their wounds and blind spots). This leads them trapped in a hopeless cycle of projecting that which they need to address in their healing within by being overly focused on projecting their inner dissonance externally, living under the illusion of an intellectual “sovereignty” yet still being caught in a head-centric disembodied, disconnected, existence.

No matter how logical and rationally sound the ideology of anarchism is, if there is not a sincere self-inquiry, self-work, and efforts to rejects the lower nature of the egoic self to bring forth the true Self (spiritualizing the being though the embodiment process) as an instrument for the Divine, the outside world won’t change. Buddha reflected on how this much this inner process affects the outside world thousands of years ago, and yet we still haven’t gotten the point.

Even though I personally have never formally identified as an anarchist, I’ve also fallen into this mental trap of being caught in my own mental projections and rationalizations. Choosing anarchism (or voluntaryism or any other -sim) over statism is still being caught in duality on the level of mind.

In our current state of evolution, we’re still trapped in what Satprem called the mental fortress: a world based on living a head-centric mental existence, shut off from Divine guidance, spiritual insight, our bodies, and the interconnectedness of life.

We live in the age of “mental man”. This period had its place and teaching function on the trajectory to become “superman” (coined by Sri Aurobindo) – a human who is fully spiritualized as a conscious divinized being who lives in oneness with all that is; having transformed both body and matter he has transcended duality—and is even beyond death itself. (see: supramental transformation)

In other words, the solution is neither statism nor anarchism, but the embodiment of the higher Supramental Force. This is not only a spiritual revolution but a complete change of consciousness in the collective/individual resulting in “a spiritual oneness creating a psychological oneness which would not depend upon intellectual or other uniformity, and compelling a oneness of life which would not depend on its mechanical means of unification, but would find itself enriched by a free inner variation and a freely varied outer self-expression, this would be the basis for a higher type of human existence.”