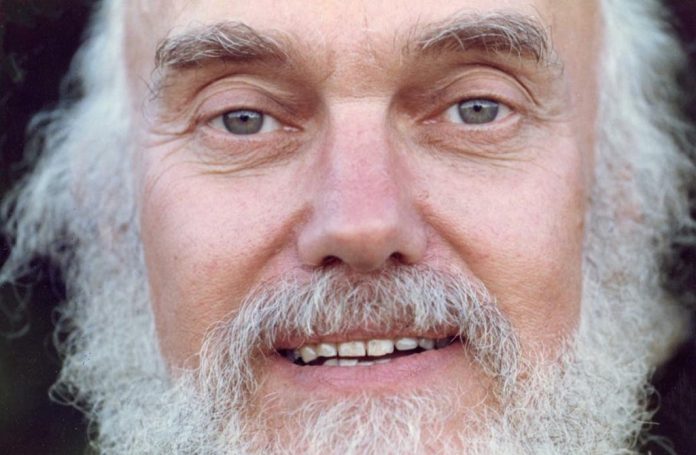 On December 22nd, the day of the Winter Solstice, when the sun dies, only to be reborn three days later (when the days start becoming longer), Ram Dass, formally known as Richard Alpert, had passed out of the physical plane. As yet another symbolic nod, he died at 88 years of age.

Here is what his foundation had to say on his passing:

For more than 50 years, Ram Dass was a key influence on American spiritual culture. His monumentally influential and seminal work BE HERE NOW–part graphic novel, part introduction to yoga and inner transformation–is an enduring classic that has sold over two million copies. BE HERE NOW still stands as a centerpiece of Western articulation of Eastern philosophy. In the 1970s it was the hippies’ bible; today it continues to be the instruction manual of choice for generations of spiritual seekers.

As a psychologist, Richard Alpert–along with his cohort, Timothy Leary–played a pivotal role in the psychedelic movement of the 1960s, lecturing on the healing effects of psychedelics at college campuses across the country. At the time, Alpert and Leary influenced a generation to“turn on, tune in, and drop out” with psychedelics, providing the inner fuel during a turbulent era of social change, sexual liberation, and political unrest.

In 1967-68, Alpert journeyed to India, where he met the famed Indian saint, Neem Karoli Baba (Maharaj-ji), whose central teaching is to love everyone, serve everyone, and remember God. After learning yoga and meditating in the Himalayas for six months, he returned to the West as Ram Dass, meaning “Servant of God.” For decades, Ram Dass crisscrossed America, lecturing on an eclectic spiritual path. He was a guide for thousands seeking to discover or reclaim their spiritual identity beyond or within institutional religion.

In early 1997, Ram Dass had a hemorrhagic stroke that left him with paralysis and expressive aphasia. He recovered his speech and went on to continue his teachings online, at retreats in Maui, and through film, and music, inspiring the next generation of seekers. 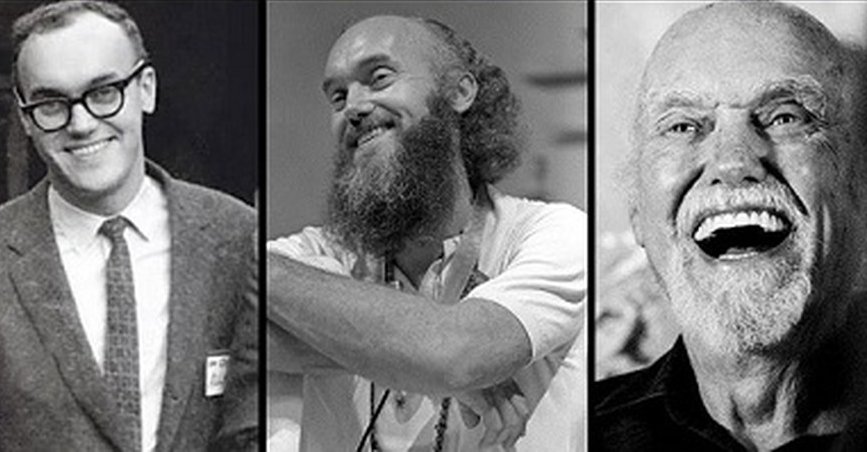 The most profound teaching Ram Dass left behind was to be here now and truly experience life, as it’s happening right now. This teaching was both artistically and poetically elaborated on in his 1971 book Be Here Now. This book is an absolute classic. With each page looking like a work of art and definitely different from the way a traditional book looks like, it keeps you captivated and really feeling into the experience of living a more present life.

The book follows Richard Alpert through his journey out of the hyper-materialistic culture of the West to the spiritually-respectful culture in the East. After discovering the psychedelics psiolocybin and LSD, he experienced profound boundary dissolution and embarked on the path of Self-realization to India. Once there, he met his guru and was renamed Baba Ram Dass. It was there that he was introduced to the spiritual practices of meditation, hatha yoga, and Eastern philosophy and metaphysics.

This book is a must-have for anyone that wants to develop a deeper relationship with their true Self, loves poetic descriptions of the awakening process and is looking for practical advice on how to live a yogic life. It is a testament to how even someone who was groomed to live a superficial 3D materialistic life could have their third eye squeegeed (with a little help from psychedelics, meditation, and yoga) and dive into the deeper depths of the human experience.

I thought it would be nice to remember Ram Dass for these reasons, just as I had reflect on the passing of conscious evolution pioneer Barbara Marx Hubbard earlier this year.

It seems like something so simple…to be fully in the present moment. But we all know how difficult that really is, especially because of our smartphones. In light of the death of Ram Dass, let’s all remember this holiday season that the best present is the one we give to ourselves to simply be present and experience the joy of this moment.