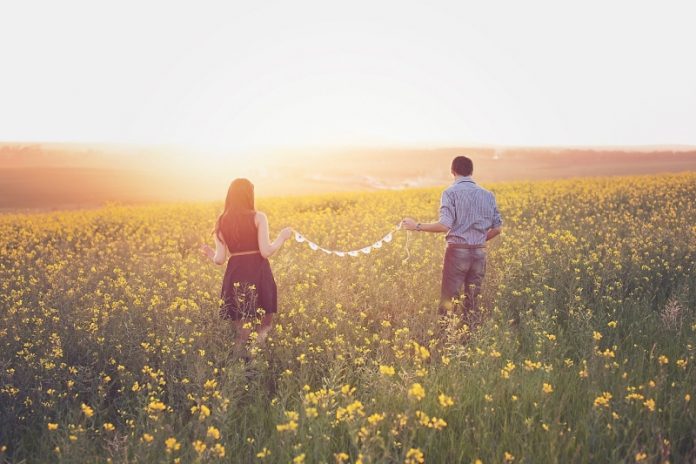 How do you tell if it’s really love? When it’s still early in the relationship and emotions are running high, you may perceive your feelings as a lot deeper than they actually are.

There’s a fine line between love, lust and infatuation. Telling the difference between these things, however, isn’t always easy or even possible.

As you gain more experience and become familiar with the different stages of developing feelings for someone, you may become a bit more cautious in your approach towards the relationship. In the absence of background knowledge and an extensive romantic history, however, you’ll probably feel quite confused.

So, are love and infatuation one and the same thing? If not, what’s the difference and why is it important to recognize exactly what you’re going through.

So, what exactly is infatuation?

According to Psych Central, infatuation is that somewhat obsessive first stage of developing feelings for someone.

Infatuation means thinking about them all the time, checking your phone every five minutes to make sure you haven’t missed a call and wondering what’s going on if they don’t text you back over the course of a minute.

When infatuated with someone, you start centering your priorities around them.

This is a process that’s characterized by unrealistic expectations and very often, the other person involved may not reciprocate. Infatuation isn’t necessarily the first step towards the development of love. In other words, even if you feel infatuated with someone, it’s not 100 percent certain that they’re going through the same.

Infatuation is extreme. It’s all-consuming and potentially exhausting if you focus too much on spending time with someone and pushing a romantic storyline. It involves a lot of passion but it can also be foolish or naïve. These are just a few of the things that differentiate infatuation from true love.

So, How Is True Love Different?

That’s the million-dollar question, isn’t it? People have always wanted to know if it’s really love. Unfortunately, there isn’t a universal formula that will produce a clear and concrete answer.

True love, unlike infatuation, is loyal and confident. It’s characterized by a ton of trust and it involves a willingness to make sacrifices and to work towards making the other person happy. True love involves a ton of communication and asking questions to get to know each other better, which is probably the biggest difference between the real thing and a state of infatuation.

Here’s an interesting quiz developed by Psychology Today. The questions are designed to measure love or infatuation and you can get a better idea about the main differences between the two.

The quiz shows that infatuation is more shallow and superficial. It’s linked to “feeling butterflies” when you’re close to that someone special, losing sleep or your appetite over them. On the other hand, love is about attachment, talking to each other and even making long-term goals for the future.

The Importance of Telling the Difference between Love and Infatuation

You don’t even need to see someone face-to-face in order to start exhibiting signs of infatuation. A bit of back and forth in an online dating scenario will be sufficient to get you eagerly anticipating that next encounter with the respective person.

Infatuation is lustful. It makes you want to spend a ton of time with a person. You feel uncertain and highly insecure when they’re away, wondering what they could be up to.

Love, on the other hand, is comfortable. It involves a lot of emotional strength that people build through communication and trust. You don’t need to spend all of your time with that special someone because you’re confident in their loyalty and their feelings for you.

Infatuation is instant. Love takes time to grow. It also necessitates work on getting to know each other better and identifying the areas where compromise is possible for the mutual good.

Love is intentional. Very often, it starts with infatuation but the feeling deepens, grows and evolves into something much more meaningful and fulfilling. While infatuation is characterized by a ton of passion, it often lacks intimacy (two other very important concepts you should learn to differentiate between).

All that’s been said so far paints infatuation in a somewhat negative way. This initial stage of building a connection to somebody, however, plays a very important role in the relationship.

Infatuation is not a bad thing. It’s sexy, it’s exciting and it can accelerate things happening.

When the feelings become obsessive and they’re not being reciprocated, however, infatuation can become self-destructive. It’s only good when it produces that initial push and excitement to get to know each other and to deepen things.

There are things you can do to build and strengthen a relationship while in the infatuation phase. The desire for such efforts, however, has to be mutual. If just one person is pushing for things to move to the next level, chances are that the relationship will end in disaster.

Infatuation shows you there’s chemistry. Obviously, you need a lot more than that to fall in love. Don’t resist the magnetic pull you feel in the beginning because it can lead to the discovery of something exciting. You should, however, also focus on self-preservation and taking good care of your mental health.

If the signs of potential love aren’t there and you’re stuck in the infatuation phase, it may be time to move along. The butterflies are fun in the very beginning but unless comfortable familiarity develops, you will just be torturing yourself due to the uncertainty.