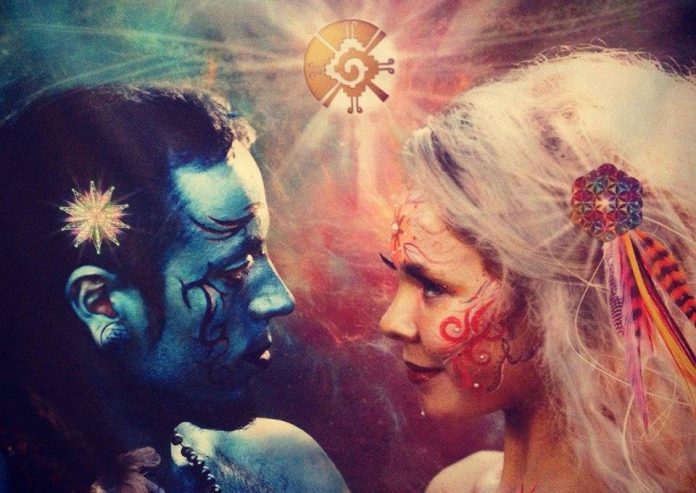 Siddhartha Gautama, upon becoming the one we know as the Buddha, had a major realization about suffering. He noticed that suffering occurred when someone was attached to the desire to either have something or not have something. We all have desires, and these desires cause us to suffer, either by becoming angry, afraid, anxious, sad, or some other energetically-contracting emotion.

We suffer when we are attached to a specific outcome. We suffer because we are out of alignment with the true nature of Reality, which is nondualistic, advaita. Our suffering is created by our own minds. All duality is created by a clinging and attached mind. Once you realize this, you notice that when there is no attachment, there is no duality.

New opportunities arise when you release old attachments. By releasing attachments, I am not talking about detachment, because that in itself is a form of attachment…attachment to being detached. This is something often misunderstood by people who first hear about the Four Noble Truths. The opposite of attachment is not detachment, but correct engagement.

When you engage in things you previously desired, you open your reality to being something beyond a dualistic framework. You can still wish for things and intend for things to happen, but you are no longer creating a dualistic paradigm.

“If I don’t get what I want, I will be unhappy.” This is dualistic thinking that the ego concocted in a scheme of self-sabotage.

“I would like to get what I want, but if I don’t, maybe that’s good; I will not let having what I want be what I depend on to be happy.”

Lama Yeshe says that, “Bodhichitta is the atomic energy that destroys the kingdom of attachment.” By bodhichitta, we basically are saying the “death” of your ego, because that itself is an illusion pretending it’s you. Your mind awakens to realizing it is, ultimately, not some partitioned self separate from all other consciousness. Through experiencing bodhichitta, we discard the attachment to the illusion of being in a state of separation, which in turn destroys the illusion of duality.

Duality likes to pretend that there is separation. Us vs. them is the classic polarity used to dis-empower sentient beings, no matter where they may be in the universe/multiverse. We attain tranquility when we discard attachments. How can you suffer when you are not attached to an outcome?

Rajinder Singh said that, “The mystical journey takes us where opposites reveal themselves as one.”  Just as the Buddha became enlightened to the facts about attachment and suffering, we can we take the inner path to attaining the fully-embodied realization that attachment perpetuates the illusion of duality.

All duality is dissolved within the state of enlightened consciousness. While in the 3D realm, we see things as being separate in terms of things having form, this is part of the persistent illusion of the holographic projected reality we perceive with our basic senses. When we expand our consciousness to see the wider horizon of Reality, we become enlightened by experiencing the perception of a non-dualistic whole…one giant Supermind, as Sri Aurobindo called it.

Becoming more in touch and in tune with the Supermind will propel humanity into a new phase in its evolution. This will allow us to live in a truly egalitarian world. Division, discrimination, inequality, and duality will evaporate as the amorphous illusions they once were.

Attachment can be difficult to drop while we are in our normal beta brainwave state, where the ego is driving our car. When we drop down to alpha, thanks to practicing meditation, conscious breathing, and altered states of consciousness, we find it easy to swap out attachment with correct engagement. The next time you are suffering because you are not getting what you want, practice seeing things in a different perspective, as I mentioned earlier. Your very perception of Reality will shift.