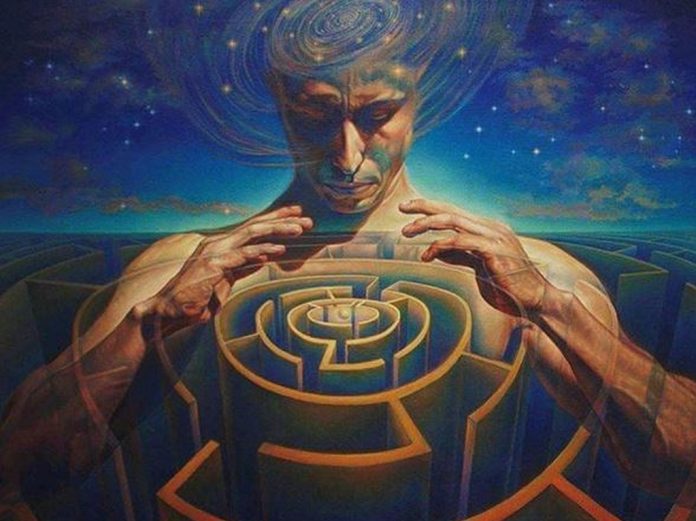 We allow family members to control us.

We allow religious institutions to control us.

We allow politicians to control us.

We allow the media to control us.

We allow others to control us. Sure, we may not even realize this is happening, but that becomes an issue of not being conscious of being under the influence. If you are not in conscious control of yourself, then someone or something else will control you instead.

When you have control of your thoughts, you will have control over your life. You will take back your mental sovereignty and live a truly liberated life. Your unconscious and conscious mind will come into resonance.

You can stop giving your unconscious (or conscious) consent to being controlled. You, ultimately, have the power to liberate yourself. These are self-imposed shackles you put on because you were unaware that you were being manipulated into being controlled. I’m here to tell you how you can throw those shackles away and experience freedom from control.

How to Never Be Controlled Again

When you control your own mind, you will never again be controlled by the mind of another. By control, I mean being conscious of all external influences on the way you think and what you believe. We can obviously be influenced positively, but influence and control are two different things. Control means we become limited in what we are capable of achieving and doing. A positive influence helps expand what we are capable of and helps actualize those possible achievements.

To take back control of your life, the practice of mindfulness meditation is exceptionally helpful. These days, there’s a million and one ways to learn how to increase your lucidity and conscious awareness, so you should have no problem learning a technique. The trick to usurping control away from our handlers is to practice mindfulness enough where we are in mindful awareness every waking (and sleeping) moment.

Another way to stop being controlled by others is to be more in tune with your feelings and discern how they are making you feel in the moment. For example, when you hear someone say something that makes you afraid, be it an authority figure or someone else, they are using fear to control you. Fear-mongering is big business. When you keep people afraid, you can control them and sell them all sorts of lies. Avoid giving in by being aware of what state of consciousness people are putting you in.

Remember this: there is no authority. It is an illusion. You are in control of your life, if you want to be. Take back control of your mind away from the malevolent matrix of power. When you practice the two techniques described earlier, you will identity all of the different ways others try to control you. Fear can be tempting vixen, if you allow yourself to be taken out of your power.

Have the courage and bravery to be in a place of neutrality from which you can discern whether someone is trying control you. Your entire world will transform. You will see the games that controllers play. You will notice the manipulation, programming, and conditioning techniques used by people who are trying to control others. Just as in the movie They Live, you will see the attempts at control for what they are.