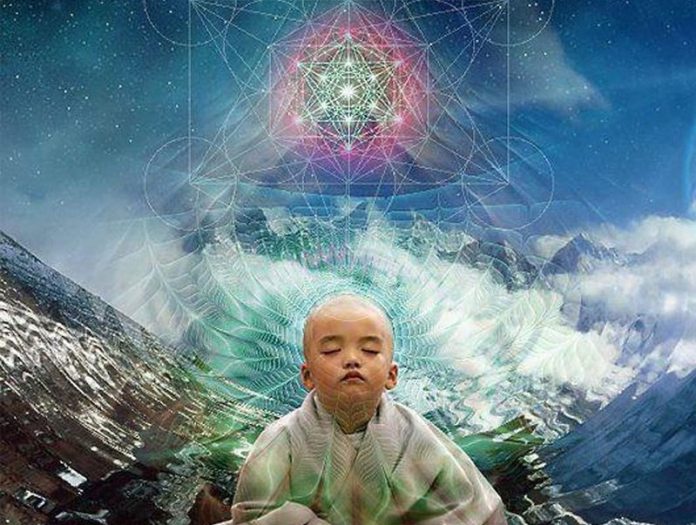 The only constant in existence is change. When we resist change, we create conflict within ourselves. There is no stopping change from occurring, which is something we should always remember. Otherwise, we are resisting the very dynamics of Reality.

Change can be seen in two ways: as something that happens to us and as something that we initiate. Both are a part of the reality which we experience. We are powerful change agents and catalysts. Massive changes sometimes occur because of millions, or even billions of people making similar small changes within their lives. Regardless of whether macrocosmic forces are at place in those changes, such as cycles of time where there are golden ages and dark ages, a collective consciousness has the power to fundamentally transform its shared reality.

When you look at all of these consciousness shifts within the collective consciousness, you see that they are all based on an embodied understanding that we are all part of an interconnected web, where  each component is connected, yet sovereign. Everyone and everything affects everyone and everything else. The myth of “rugged individualism” is dying and it is being replaced with an authentic perception of Reality’s dynamics.

Why Are These Changes Occurring?

There are a number of reasons why these changes are occurring. This is by no means a complete list.

With the experiential proof that people all over the world are having of new ways of approaching things working for them, people are quickly shifting towards applying those things into their daily lives. Let’s face it, a lot of what the mainstream and dominant culture and society have dictated and reinforced is not working. Plenty of it is even self-destructive and suppressing the human consciousness field. It is a surprise in itself that it hasn’t all collapsed in a more intense way, given how discordant it is. However, I believe that humans are more intuitive and powerful than they believe they are, which may be one reason why we are bypassing a dark and sudden implosion.

There are billions of people who are applying any one of the things I listed above into their lives. Every person that makes a change shifts the energy of the collective noosphere just a little bit. Now imagine hundreds of millions, or even billions, doing so in some way. I have been talking about collective shifts arising from personal shifts for over a decade. Back then, all of the things I mentioned before were only beginning to show signs of emerging. Now, they are essentially part of the mainstream, being applied by an astonishing amount of people.

All of these signs point to there being an incredibly bright future, if we can shine a bit more light on the shadows within the collective experience and create a world where all thoughts and actions are based on how they will affect ourselves and others. The world is changing…are you on the transition team?

To gain more insights into how to be a part of the transition into a new conscious paradigm, read The Creation of a Consciousness Shift by Paul Lenda. Grab the PDF eBook version here

Humanity is at a crossroads, where it has to decide whether it wishes to live in a bright future or a dystopian dark age. By making a decision one way or the other, humanity is creating its reality. Through the power of consciousness, humanity has the ability to create a global and transpersonal shift in consciousness to a much higher level.

This book demonstrates that such a wide-reaching shift is possible through the realization that everything and everyone is interconnected. This book is one of the first of its kind to put forth scientific evidence to support its transcendental self-growth message.

Learn the knowledge and tools necessary for the creation of a consciousness shift, where the collective consciousness can be affected in such a way that each person can help in creating a massive global consciousness shift. Several tools, methods, and guidelines are provided to help bring about such a monumental change.