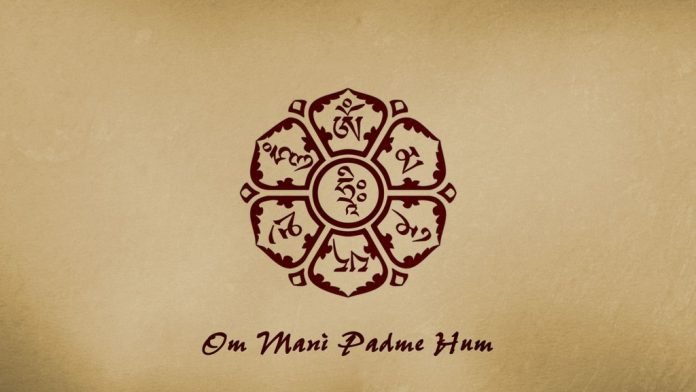 Tibetan Incantations: The Meditative Sound Of Buddhist Chants, released in 1998.

Every one of the Buddha’s teachings is believed to reside within this one powerful mantra.

Tibetan culture tells us that to deeply know this phrase — to bring it into the very depths of one’s being — is to attain enlightenment.

The sound, Om, is believed to be the primordial sound of all creation. The universe was created with Om and it holds within it all that is, was and ever will be.

The ma syllable in mani is associated with dissolving jealousy and the attachment to fleeting pleasures.

Pad is a syllable that dissolves our attachments to the many prejudices and judgmental notions we have while cultivating the quality of perseverance.

With the syllable, hum, we work to dissolve our attachments to aggression and hatred.

The Jewel Is in the Lotus As you can see, this is a powerful mantra with a lot of meaning behind it.

The one phrase that is said to sum it all up is this: “The jewel is in the lotus,” or “Praise to the jewel in the lotus.”

This is to say that within all of us is the lotus flower, it’s just covered up by a lot of mud and muck.

Enjoy this serene mantra and let it wash over you. This can be a great for mantra meditation sessions when you want to allow the full benefits of this mantra to permeate your being.