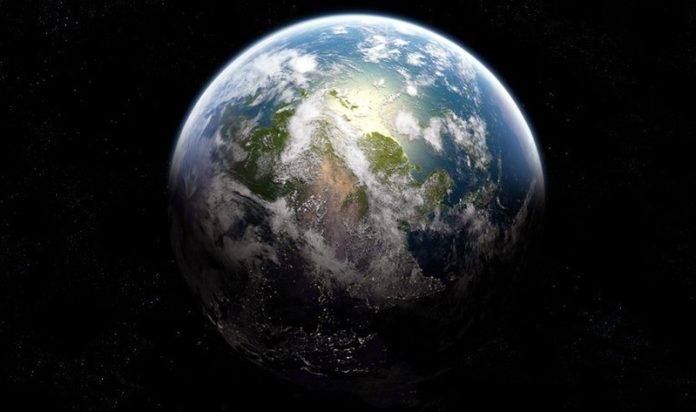 Humanity is in a car going 100 MPH heading towards a brick wall, while many are arguing about where to sit. There are lots of signs that humanity, while addressing lots of it shadow aspects, is doing too little to ensure its future is a bright one. Humans have a tendency to procrastinate changes that would benefit them until they are faced with a life-threatening situation.

Are enough of us able to see the signs all around us indicating that the time has come for radical changes? I still believe so, but it’s going to take a lot of inner and outer work. Immense discomfort leads to immense growth, which I believe is what we are seeing on the world stage right now.

We need to all stop putting off evolving personally and collectively off into some mysterious future that may never come. If there is a vision of your Self or the future of humanity you wish to see become reality, make it happen.

The survival of the kindest is the only way to ensure a bright future. Being kind is easy when you realize the intimate interconnection among all living beings. There is mounting evidence of the principle of survival being that of the kindest, not the fittest. With the world being being the safest and least violent if has been since records began, it looks like humanity is evolving towards becoming more compassionate and collaborative. It shouldn’t be too surprising, since our survival depends on these things. In fact, the reasons given by a growing group of psychologists as to why we humans are as successful at surviving and thriving as we are, is because of our nurturing, altruistic, and compassionate traits.

This is a great trend, but it doesn’t mean that everything is rosy. The Earth is currently undergoing another mass extinction, which shows just how significant the changes are right now. All things change, but if any of the negative changes occurring are because of what humans are doing, we have a duty, to the rest of the sentient beings we are inextricably linked with, to make some radical changes.

To see a bright future for Earth’s inhabitants, we have to encourage eco-literacy and understand we are a part of nature and not separate from it. Also, infinite growth is impossible on a finite planet with finite resources. The way humanity measures progress and success must change if it is to continue its story on this planet. If “public policy” around the world was based on empirical evidence, the world would see a monumental leap into a more aligned, balanced, and coherent future. We can do all of the inner work we want, but if we neglect the physical reality that is the home of our human avatars, we won’t have a habitable Earth to do our inner work on for much longer.

Humanity is changing in a disproportional way. The future will only match up with a peaceful and thriving vision of the future when we get into alignment. We must unite with these intentions solidly imprinted within our consciousness.

The future depends on what we do now. Destiny is not a matter of chance; it’s a matter of choice. The future is ours to create. As Frank Tyger once said, “Your future depends on many things, but mostly on you.” We owe it to our friends, families, children, and all other humans and living things on this planet to make the radical changes that need to be made, to reduce the amount of suffering that is currently occurring on this planet.