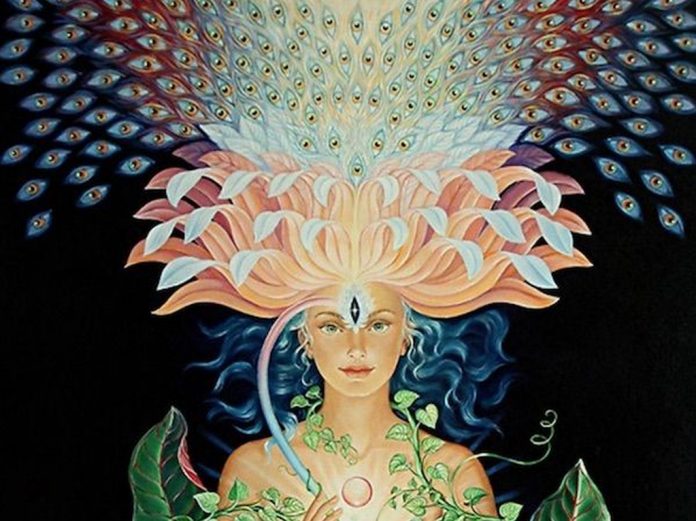 It’s no secret to any of us that the process of conscious evolution looks a bit like a roller coaster. It’s not some gradually-progressive upward movement where you become more and more enlightened. You will have challenging experiences. You will take a few days, weeks, months, or even years off from your conscious evolution and spiritual practices. There may be traumatic experiences that seemingly throw things off-track. However, once you have awakened, you can’t put the genie back in the bottle. You will always know what it was like before you awoke and you could never see the life, the world, and reality the same way again.

Avoid being too hard on yourself. This means, avoid making a set goal to become enlightened by the time you’re 33, or anyone like that. Allow it to happen in the way that is best for you. Like I said, a mind that is stretched by the awakening process can never go back to its old limited view of things. If you are reading this, you have already made the firsts major step towards your consciousness flowering into an incredibly luminous form. You have begun the path of being a helper to humanity, a light that shines on and dispels the darkness.

In a traditional sense, what’s called a kundalini awakening must occur before your crown energy center can flower into a thousand-petaled lotus. Lots of time spent in deep meditation will eventually lead to this experience, along with all the benefits that come with it. Even total enlightenment can come in, if we are to go by what the Ancients have taught us. However, awakening your kundalini energy is just an experience in consciousness; it is not consciousness itself. Consciousness, is a wholly unified field of energy. To flower into that epic lotus, you become a mirrored fractal of the Source consciousness. The wisdom that comes through will be as unfiltered as possible.

When embarking on this journey, prepare for a cellular awakening of powers that were long lost to the dormancy of Unknowing. You will begin to see yourself able to directly affect Reality in even more profound ways than you already are able to as a human. Unlocking various ways of playing with reality, such as anything with a “clair” in front of its name, as well as everything with a “kinsesis” at the end of it. You will see a wider band of Reality, beyond the ultra-narrow visible spectrum. Your intuition will be streamlined from Source consciousness itself.

Just because most people have not experienced this does not mean it is not possible. There are enough examples of people who have, in varying levels. Conscious and intentional evolution will make us telepathic with each other. We will become more aware of each other. We will feel each other more. Everything will feel like it is an interconnected Wholeness, made up of separate forms, yet still One.

Today is as good as any day to start the (r)evolution of your mind. Keep on expanding your consciousness and staying diligent with the practices, tools, and techniques you have at your disposal to make that happen. When you take two steps forward and one step back, that’s OK. As long as you stay committed and dedicated, you will become a luminary that can be a beacon of love, comfort, and support for a world that is in deep suffering and growing pains.