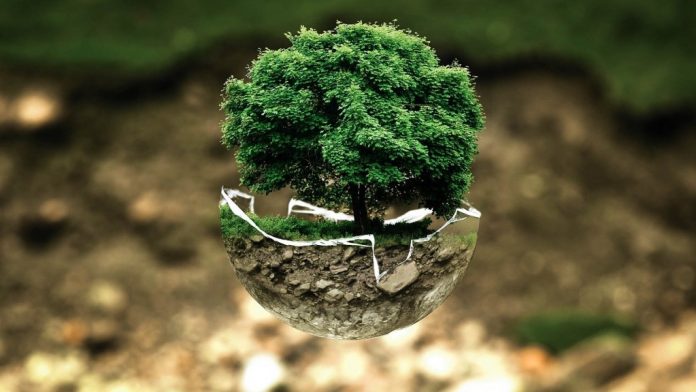 Between rainforest fires and ocean pollution, much of the news is grim. However, 2019 also brought good news. In the spirit of optimism as we start a new year, let’s hope our species can build on this year’s gains in 2020. Here are a few high points from 2019.

If you’ve ever had the good fortune to visit a southern Indian restaurant in Asia, you may have been served dinner on a banana leaf instead of a plate. Now, that idea has found its way into some Thai supermarkets. Forbes reported on Rimping supermarket in Chiangmai, Thailand that wraps its produce in banana leaves and secures them with a piece of bamboo. Way to cut down on plastic packaging!

As we learned in the classic yet highly disturbing film 2001, not all robots are trustworthy. However, Tech Crunch informed us about Larvalbot, a new underwater robot that is reseeding old corals with new polyps. A bot-controlling team at Queensland University of Technology is finding that robots can do this much faster than humans — and lack that pesky need to breathe.

Meanwhile, in Florida, researchers at Tampa’s Florida Aquarium worked on “Project Coral” in partnership with London’s Horniman Museum and Gardens. They announced their first successful attempt at Atlantic coral reproduction in a lab setting. The objective: to create large coral egg deposits in a laboratory and ultimately repopulate the Florida Reef Tract. Inhabitat reported about how this could have important implications for saving barrier reefs.

Help for the rainforests

One Green Planet held out some hope for the tropical land being devastated by palm oil plantations. A collaboration between the Peruvian government, the National Wildlife Federation, conservation organization Sociedad Peruana de Ecodesarrollo and the Peruvian Palm Oil Producers’ Association (JUNPALMA) led to an agreement to only produce sustainable and deforestation-free palm oil by 2021. Peru will join the ranks of South American countries fighting palm oil deforestation, the second after Colombia.

Research professor Sandra Pascoe Ortiz and other scientists at the University of Valle de Atemajac in Zapopan, Mexico used prickly pear juice to craft a new biodegradable plastic. This cactus plastic begins breaking down in a month when placed in soil and only a few days in water. Unlike traditional plastics, no crude oil is required, according to Forbes.

Things are looking up for whales

Humpback whales have made a comeback off the South American coast, USA Today reported. After nearing extinction in the 1950s, numbers have surged from a low of 440 South Atlantic humpbacks to more than 25,000. The rise in population coincides with the end of whaling in the 1970s.

North American whales got a new app this year. Inhabitat reported on Washington State Ferries implementing a whale report alert system. This new app notifies ferry captains of the whereabouts of orcas and other cetaceans in Puget Sound to help prevent boat strikes.

In the Indian village of Piplantri, families plant 111 trees every time a baby girl is born. Since 2006, this village has been fighting stigma against the double X chromosome, leading to more than 350,000 trees planted so far. The number 111 is said to bring success in Indian culture, according to this YouTube video about Piplantri.

Brazilian street dogs and cats get comfy and stylish beds

Young artist Amarildo Silva realized he could do something about two problems in his Brazilian city Campina Grande: stray animals and too much trash. He began making colorful beds out of upcycled tires for both pets and strays. The 23-year-old has been able to leave his supermarket job and make a living as an artist while having a positive and far-reaching effect on his city.

The stray dogs themselves inspired Silva’s breakthrough idea. He noticed that at night, they liked to bed down in discarded tires. So Silva began to collect old tires from landfills, streets and parking lots. After he cleans and cuts them down to size, he decorates the tires with paw prints, bones and hearts, according to Bored Panda. Dogs and cats sleep better, and people see art, not the eyesores of discarded tires.

Tim Sweeney, co-founder of Epic Games, has amassed billions with games like Fortnite, Unreal Tournament and Gears of War. Fortunately for the world, he’s putting the money to excellent use. Over the last decade, he’s spent millions on forest preservation in his home state of North Carolina, according to The Gamer. This video game developer likes his land undeveloped.

Since 2005, when the South Korean government prohibited people from sending food to landfills, the amount of recycled food waste has soared to 95 percent. This is amazing, considering less than two percent was recycled in 1995. Seoul residents are now required to discard their food waste in special biodegradable bags, which cost families an average of six dollars per month. Money paid for bags covers more than half the cost of collecting and processing this waste, according to Huffington Post.

Will artificial islands draw wildlife back to Netherlands?

After a dyke collapsed in the Markermeer, an enormous, 270-mile Dutch lake, water became too cloudy with sediment to sustain fish, plants and birds. Now a Dutch NGO called Natuurmonumenten is building five artificial islands out of silt at a cost of €60 million, mostly from public donation, according to The Daily Mail. They hope that this faux archipelago will draw wildlife back to the lake. And so do we. Here’s hoping for more good news in 2020.