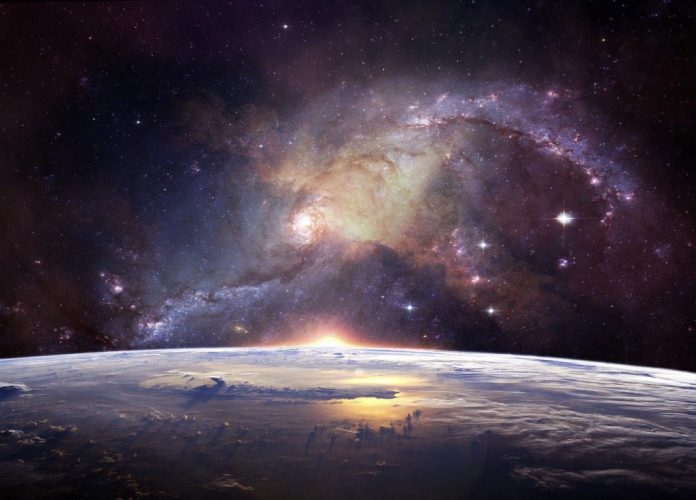 When we look at the material reality, and the most widely accepted idea of what reality is (science), it is really hard to comprehend infinity. In this article I want to explain infinity and how mathematics can explain 2 infinities simultaneously existing.

According to the Newtonian world 1+1=2 and everything from the simple to the complex is verifiable by some form of equation. For example, if I throw a ball with the weight of 500 grams, at 5 miles per hour, at a 70 degree angle, it will land in a specific space. Given that all variables are the same, it will be an experiment that is repeatable. Our perception could be deemed as very limited in this macrocosmic, or visible, world.

There is an allegorical story that sums up our limited perception of reality called Plato’s cave. The story goes as follows – a group of individuals are born in a cave and chained up by their captures, so that they can only face in one direction. As people pass outside the cave, their shadows reflect on the cave wall creating a show that appears to be the ‘real world’ to the prisoners who have only ever perceived shadows. As time passes by, the prisoners (not knowing anything outside of this show) believe this perception to be the true reality. This reality is then shattered when the are set free, only, those who are imprisoned choose to stay in the cave in the comfort of what they perceive to be reality- the reality of the shadows on the walls.

This is similar to our reality, what is true and what is seen are two different things, and it could be argued that truth (apart from a few core truths) is subjective.

We have a whole light spectrum that is beyond our scope of vision, and the same for sound frequency. For example; a bear can smell something from 20 miles away. It can smell through walls and even metal cans. These are subtle scents that humans can’t pick up from the next room. Does this mean the scent is nonexistent? Of course not, it is just beyond our perception.

Newtonian physics is predictable, yet the quantum world has a whole set of rules of its own. Quantum physics is the science of the microcosm, concerning that which exists at the size of less than 1000th of an inch – and this tiny world plays in a different ball park. In the opening paragraph I mentioned throwing a ball with the weight of 500 grams, at 5 miles per hour, at a 70 degree angle, and that by the Newtonian laws of physics the experiment and results are repeatable if the variables are the same. However, if you used the same example of a quantum ball being thrown at 5 miles per hour, at a 70 degree angle, it has the potential to land in a different place each time. In fact the ball may explode one time, move backwards the next and then stay still the following time.

There is a study called the Bells Theorem or the double slit experiment, conveying that mere observation of the quantum world changes the outcome of certain experiments performed.

To infinity and beyond

With the context of the mysterious quantum world, it may be better understood how one could grasp the idea of infinity – something that exists outside of the consensus understanding of the material reality. Something without a start or an end.

When we think of infinity, it could be argued that if something has no start and no end, it must be all encompassing – meaning it should include everything in its parameters of existence. But can 2 infinities exist simultaneously?

A simple mathematical formula can theoretically show how 2 infinite things can co-exist, or to word differently, show in a Newtonian sense how infinite parallel dimensions could coexist.

How Can 2 Infinities Exist Simultaneously?

For this we only need 2 numbers, yet the more numbers we use, the more parallel infinities we see are in existence. When you count in whole numbers, we go from 1 to infinity in a single infinite stream of numbers. However, when we compartmentalize the numbers we infinite space between each number. There is no way of getting from 1 to 2 when counting numbers in fractions eg 1.1-1.2 and so on to 1.9. As we continue further we get 1.10, 1.11… 1.20, 1.21… and so on to 1.999999999 and beyond. There is an infinite number of combinations between an infinite amount of numbers.

What do we know?

The more we learn, we realize the less we know. For every page of every book there exists an infinite amount of avenues of inquiry. All we can say for certain, is that we know nothing at all, so we may as well enjoy the ride!