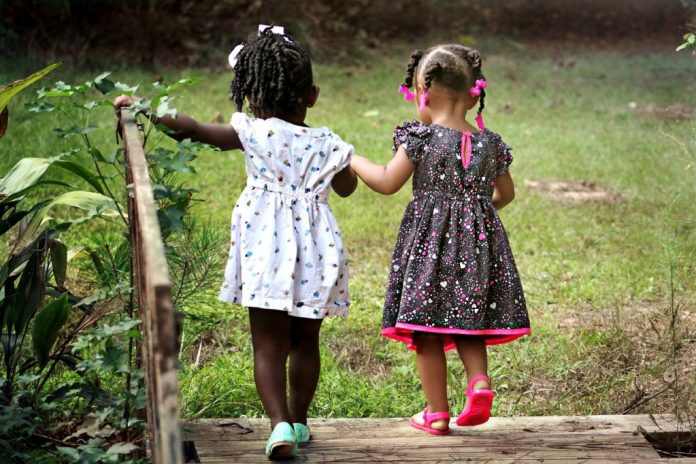 Letting kids venture out alone could be the best thing you do for them.

Ontario’s public school teachers have been on strike for weeks, which means kids are missing 1-2 days of class each week until the dispute gets resolved. My own children are delighted by the turn of events, but I am less impressed. Working from home with energetic kids tearing around is hardly conducive to in-depth writing, so one day I decided to arrange a playdate. Adding a kid to the mix would distract the other three. This has worked in the past.

I reached out to a parent with an invitation, but it was turned down. Why? Both parents work full-time and were unable to arrange a ride to drop the child off. I suggested that he walk to our house, considering that it’s less than a kilometre away and takes 10 minutes walking along a single street, according to Google Maps. The parent was insistent and said, “I am reluctant to let him go out alone,” despite the fact that he is old enough to stay home alone all day while they are at work.

This comment initially stunned me, and then made me feel incredibly sad. This is a child with whom my kids have played many times and whose parents I know and respect. He is polite and poised, multilingual, well-traveled, athletically gifted and academically brilliant. He is nearly legal babysitting age, a pre-teen, and yet he cannot leave the house without supervision. It was shocking to hear, and it got me thinking about how parents, even within the same community, can have such radically different perceptions of danger.

For this parent, the perceived risk associated with allowing the child to walk for ten minutes alone was not worth the benefit, which would have included an afternoon full of tobogganing, skating at the local arena (with adult supervision, ironically), and playing in my kids’ treehouse on a sunny winter afternoon. It likely would’ve meant LEGO, hide-and-seek, and maybe homemade cookies. Instead, he’d probably spend the day indoors playing video games, which I happen to know is one of his favorite hobbies.

To my perspective, that is a far greater risk. Giving children unlimited, unsupervised access to video games, not to mention the entire online world, is statistically more dangerous and more psychologically damaging than allowing them to stroll alone through a busy town. And yet, we two parents, despite living in the same town with our kids attending the same school and with similar education levels, see the world in two totally different ways.

A quote from Julie Lythcott-Haims, former dean of freshmen at Stanford and author of How to Raise an Adult (reviewed here), sums up perfectly what I want to ask that parent. It comes from The Coddling of the American Mind, another worthwhile read, by Greg Lukianoff and Jonathan Haidt. Lythcott-Haims says,

“I’ve met parents who won’t let their seventeen-year-old take the subway. And I said to them, ‘What’s your long-term strategy for her?’ … I see it all around me. I see kids afraid to be alone on the sidewalk. They don’t like walking places alone. They don’t like biking places alone. And it’s probably because they’ve been basically made to feel that they can be abducted at any moment.”

Child abduction is statistically negligible, no matter what the true crime shows and podcasts and the newspaper headlines might try to make you believe. It happens to 1 in 1.5 million children. In Lenore Skenazy’s words, author of Free Range Kids, that fear bears no relation to reality. Skenazy cites British author Warwick Cairns:

“If you actually wanted your child to be kidnapped and held overnight by a stranger, how long would you have to keep her outside, unattended, for this to be statistically likely to happen? About seven hundred and fifty thousand years.”

Back to my story, I am assuming that the parent’s reluctance to let her child out alone is due to kidnapping; that seems to be a commonly cited fear among parents I know, often mentioned in nervous Facebook posts about ‘near-kidnappings’. Of course, I could be wrong; she might be afraid of cars, which are admittedly a serious threat, arguably the greatest. But somehow I don’t think that’s the real issue here.

The problem is North America’s culture of misplaced priorities, of unfounded fears, of media-propagating paranoia that is legitimized and rarely challenged. Parents are genuinely paralyzed by fear, but they have little reason to be; and unfortunately their fear is stunting children’s well-being. We have to stop treating children like ‘delicate morons’ and cooping them up in ways that would be considered cruel and negligent even for animals. We must stop crushing children’s natural inclination for independence. We must acknowledge that children are entitled to learn to navigate the world, step by step, without their parents’ irrationality holding them back.

While some readers might say this article is an overreaction to a single playdate invitation, I’d say it’s more a response to cumulative incidents that have opened my eyes to the severity of this issue. I’m tired of seeing kids being over-protected to the point of suffocation. I’m ready now to speak out more frequently, to challenge the status quo, to (kindly) encourage other parents to do things differently. Because if we don’t, kids stand to suffer, and in no way do I want to be complicit in children’s suffering.