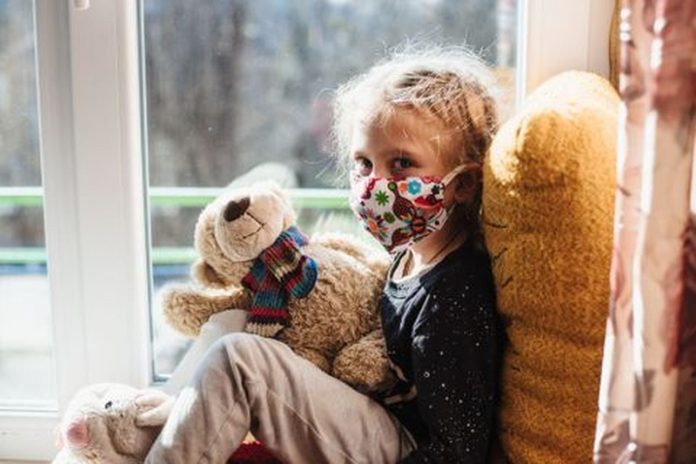 We humans tend to get lost in the moment, forgetting about the events that brought us to the present, and neglecting to consider what impact the present night have on the future.

I see this happening now with COVID-19.

Here we are being team players in some weird game, going about with masks on, splashing hand sanitizer all over the place, and shutting down the economy, all the while hoping most to satiate those twin fears of death and rejection by the tribe.

Whatever pandemic narrative you subscribe to, all of the busyness about it serves to address only the present concerns of safety and conformity. All of the effort that went into creating our communities has been forgotten, and any concern over long-term impacts are dismissed. It’s how we’re wired. All trees, no forest.

Let’s look at the forest for a minute.

Lately I’ve been asking a lot of people how they’re doing. Not good.

The vibe out there is dense. Confusion is cleaving a wedge between friends, families, and communities. Whatever camp you’re in, the wagons are being circled and the guns are coming out. People are hardening, and while we may tell ourselves it’s because the other camp is so inherently intolerable, what’s really happening is a catastrophic breakdown in human communication.

Author Gary Z McGee considers the long view of such a breakdown, using cancer as a metaphor.

“Cancer begins with a group of cells that fail to communicate with the conscious signal of the host. These cells become competitive instead of cooperative. When competition become primary and cooperation secondary, then we know we have failed as a species. ” ~ Gary Z McGee

I think by now a lot of us have come to realize that communication via social media is perilous. I mean, Twitter, for crying out loud, might be the worst thing that ever happened to civil adulthood. The platforms are literally scientifically engineered to use negativity as the starting point for a dopamine feedback loop.

Now add a lockdown to such a colossal breakdown, plus social-distancing, plus face masks, and it’s like we’ve reinvented the cold war, scaling it down to work for interpersonal relationships.

There’s just no genuine way to connect with one another. All we have to go on is the media telling us what’s supposedly going on with our neighbors, but that’s mostly bullshit.

It’s tough to measure precisely, but scientist figure that between 60 to 90% of human communication is non-verbal. This means that the bulk of communication is body language, which includes facial expressions.

They say the eyes have it, but without seeing the face, the signal loss is too much. This is why talking to someone who’s wearing sunglasses is totally normal, but trying to understand them in just a Covid mask is disorienting.

You see, words and speech are inventions of the logical mind, which needs a way of relaying experience to others. It works to a degree, but if you’ve ever been fortunate enough to go for a ride on a heroic dose of magic mushrooms and tried to explain it to someone, you know how inadequate and debilitating language really is.

As an empathic person, I’m finding it very challenging to navigate this whole mask thing. I’m a tough SOB, too, by the way, but I feel lost and confused in this masked world. Kind of like a bumble bee buzzing around town with no antennae, trying to make sense of it all with what I’ve got left, but I can’t even rely on the power of a smile to make my way.

We’re all empathic to a degree (yes, even all you psychopaths out there), but some of us are more in tune with this capacity than others. Empaths are a kind of glue that hold civilization together. Our curiosity in others is the emotional circuitry of this neurotic culture.

“Curiosity expands our empathy when we talk to people outside our usual social circle, encountering lives and worldviews very different from our own. Curiosity is good for us too: Happiness guru Martin Seligman identifies it as a key character strength that can enhance life satisfaction. And it is a useful cure for the chronic loneliness afflicting around one in three Americans… Cultivating curiosity requires more than having a brief chat about the weather. Crucially, it tries to understand the world inside the head of the other person.” ~Roman Krznaric

And we really need empaths around, because empathy serves a balancing force in our society, countering the rampant psychopathy that is only emboldened by the mask and the social distance. Plus, putting on a mask changes your relation not just with the world, but with yourself. You already know this to be true, just think about how much we all love Halloween.

Masks let us masquerade as something or someone we are not. Empathy is associated with authenticity and vulnerability. Psychopaths, however, feel at home behind a mask, because psychopathy hates responsibility. The Covid measures serve to put more and more distance between a person and the consequences of their behavior.

At a time when civil society is breaking down and fracturing along lines of race, class, religion and nationality, the presence of the empath is greatly needed. As an example of our power, Roman Krznaric, author of Empathy: Why It Matters, and How to Get It, recounts how empathy brought a Ku Klux Klansmen to leave the Klan.

We all have assumptions about others and use collective labels—e.g., “Muslim fundamentalist,” “welfare mom”—that prevent us from appeciating their individuality. Highly empathic people challenge their own preconceptions and prejudices by searching for what they share with people rather than what divides them. An episode from the history of US race relations illustrates how this can happen.

Claiborne Paul Ellis was born into a poor white family in Durham, North Carolina, in 1927. Finding it hard to make ends meet working in a garage and believing African Americans were the cause of all his troubles, he followed his father’s footsteps and joined the Ku Klux Klan, eventually rising to the top position of Exalted Cyclops of his local KKK branch.

In 1971 he was invited—as a prominent local citizen—to a 10-day community meeting to tackle racial tensions in schools, and was chosen to head a steering committee with Ann Atwater, a black activist he despised. But working with her exploded his prejudices about African Americans. He saw that she shared the same problems of poverty as his own. “I was beginning to look at a black person, shake hands with him, and see him as a human being,” he recalled of his experience on the committee. “It was almost like bein’ born again.” On the final night of the meeting, he stood in front of a thousand people and tore up his Klan membership card.

Ellis later became a labor organiser for a union whose membership was 70 percent African American. He and Ann remained friends for the rest of their lives. There may be no better example of the power of empathy to overcome hatred and change our minds.

So, in this brave new normal, as we scramble for safety and conformity in the present moment, it might be wise to consider the long term implications of all the measures we are taking, and also acknowledge the positive impact that true, deep, human communication plays in creating a society worth living in.

And for all you empaths out there struggling to feel your way around this brave new world, I feel you.