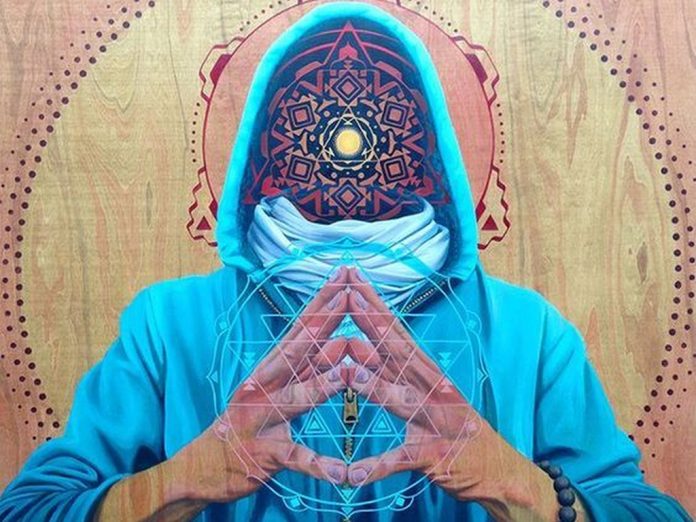 The brain is a holographic information processor that, when made conscious, has the power to form blueprints of potential realities.

People are often sleepwalking through life, which keeps the organic technology they have within them dormant. However, it has the ability to interface with a multidimensional matrix and imprint the framework of potential possibilities.

You see, conscious projections can act as blueprints for any possible reality, and anything is possible. Active conscious alignment with what we intend to be, can be.

Now, that’s not to say that you can suddenly form a reality where there are crystalline cities and all manner of light beings inhabiting it. Something of that magnitude requires a tremendous amount of focused intention energy to manifest and there no one localized node, or even group, of the Whole can accomplish it. We’re talking about something a little more practical, given our limited brain processors.

Evolution is the name of the game. Everything is constantly changing, transforming, and transitioning. When it comes to us humans, certain aspects of evolution, especially the physical side of things, seem to be slow-going. Others, like the consciousness inhabiting humans, appears to be shifting quickly. While most evolutionary processes are oftentimes not driven by conscious awareness, there is a massive subconscious movement occurring. After all, most of the time, we are being guided through life by our subconscious.

It is only when we engage in self-inquiry and become aware that we are aware, do we activate the conscious and intentional evolution processes. When we get truly lucid, we can lay down blueprints, on a subtle energetic level, that will be the basis for a more dense, substantial, and apparent manifestation.

Get Lucid to Advance Your New Reality Blueprints

The more lucid you become, the greater the complexity and advanced nature of what you can imprint onto the fabric of the Universe/Consciousness as being a reality.

Also, tying into something I mentioned earlier, the more people that come together with who are also lucid and highly aware of the conscious intentions that can imprint onto the fabric of Reality, the deeper the blueprint gets imprinted. This means the blueprint becomes more reinforced and has a greater likelihood of maintaining stability and energetic structural integrity. The more people focused on the same conscious intention, in a very specific way, the more likely a blueprint will become reinforced with a tangible reality.

This is a more advanced overview of reality creation. However, I see that now, more than in a very long time since the Great Forgetting that came after the last Golden Age and advanced civilization existed on this planet, there is a possibility to create in this way.

Ever since 2012, I’ve noticed more people, especially children, have achieved a greater capacity for interacting with a wider band of Reality than was previously the case. I see people becoming more intuitive and telepathic, more in touch with who they are beyond the ego persona, and achieving greater success in shaping their realities.

Something major is shifting and we are in the midst of a transition that will change our collective reality in a way that has not happened in a long time. This is a great time to begin honing in on our latent and previously-dormant abilities to create a structured blueprint for a collective future present that provides the greatest opportunities for coherence, balance, and evolution.

With over 100 billion galaxies in this universe, containing 100 billion star systems each, there are surely others beyond our tiny planet that are looking at us as having tremendous potential, hoping for us to stop crawling and start walking, so that they can welcome us into the next phase of evolution.