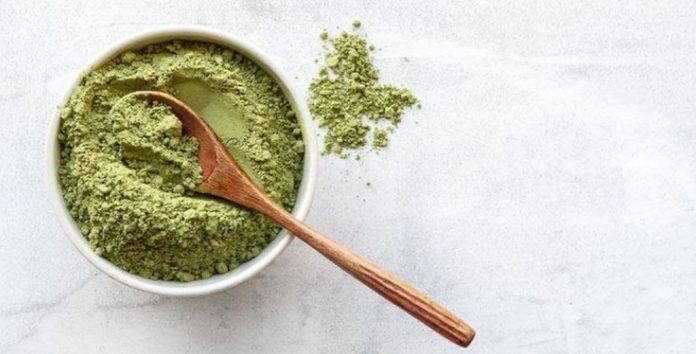 There are three strains of kratom plant: white, red, and green. Green sits in the middle of the spectrum of kratom effects, between red and white, offering a mild effect in all aspects including potency. Green kratom offers the most balance of effects making it an ideal strain for people new to kratom. It remains the most popular of strains of kratom and has a few different variations:

One of the most well-known variations is Maeng Da Kratom. Maeng Da is known to be grown for high potency and mass cultivated as it is widely used. The Maeng Da kratom strain is highly regarded among regular kratom-users.

Thai green kratom is another popular choice and great for anyone trying kratom for the first time. Thailand is reputable for growing great quality kratom as it has been a long part of the country’s history and medical practices.

The Indo green kratom grows a little closer to the amount and types of alkaloids grown in the red kratom strains. That makes it a good starting point for anyone who’d like to later try adventuring into the red strains of kratom, but might not be suitable for someone new to kratom.

Having been used for many centuries, kratom has been used to aid in the treatment of several issues and has several positive benefits.

Green kratom is a good energy booster and stimulant which makes it ideal for a morning or noon tea. This makes the green vein kratom a good replacement for caffeine.

One of kratom’s main uses has been for pain relief. It makes a great alternative to opioids as it doesn’t have a plethora of negative effects and doesn’t have as high of an addictive quality.

Along with boosts to energy, kratom is known to boost focus as well. The focus combined with the energy causes a great effect on working on projects.

Kratom has a great effect as an anti-depressant and anti-anxiety. There are many recent claims that people have noticed a change in their irritability and anxiety issues with the use of kratom, especially with the use of green vein kratom.

As there are two sides of the coin, there does come a few negative effects with kratom, but they’re minor compared to the overall positive benefits received from ingesting kratom. Before using kratom to cure or aid in the treatment of anything, consult with your physician or doctor.

How to Use and Dosage of Kratom Powder

Several factors can affect how much kratom one should use such as weight, tolerance, the strain of kratom, and a few others. It’s generally advised to start with only 3 to 4 grams then take baby steps to increase the dosage until desired effects are reached.

Kratom more times than not comes in the form of powder. The powder can be ingested dry but can be hard to swallow down, so it’s suggested that it be prepared with a liquid. The most popular form of preparing kratom is in tea. There are many different and creative ways that kratom can be prepared.

If you’re looking for a high-grade kratom powder with the best quality leaf, no additives, and an even grind, then look no further than Super Speciosa’s kratom powder. This product offers all the beliefs with no grief.

The kratom selection is well-priced and ground to perfection. Check through the full selection of Super Speciosa’s Kratom Powder to see the variety available.