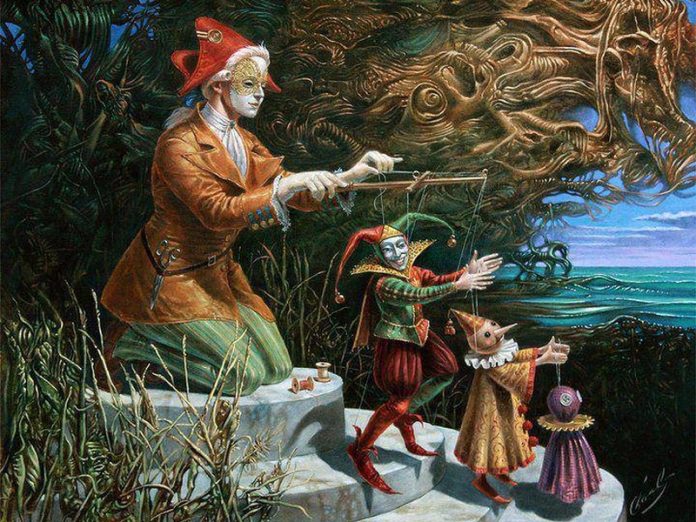 If you look at the world around you, it looks like there is massive upheaval and division going on. You have to either be for this or against that, otherwise you are a terrible person who deserves to be punished in some way. This instability and imbalance within the personal and collective psyches is not an accident. In fact, it’s an intentional feature that has been instigated countless times, for ages. All of this division is being orchestrated by psychopaths in positions of power and influence in an attempt to divide us.

While it is becoming increasingly difficult for them to do so for any long period of time, it is clear that their tactics are still working. To stop agreeing to play their separation game of divide and conquer, we first have to understand the psychopathic mind.

Let’s not forget that psychopaths only make up around 1% of the general population. They are attracted to positions of power, where they can practice extreme service-to-self behavior regardless of the consequences. The higher in the 3D power structure on Earth they get, the fewer consequences they face for their actions. This becomes a game to see how powerful, controlling, and influential they can become.

At a certain point, money and material things are not that exciting. They cannot feel empathy like most humans, making it difficult for them to feel much of anything. That’s why they take part in risky behaviors and are adrenaline junkies. Nothing gets their adrenaline going quite like creating scenarios that create massive chaos, pandemonium, and suffering. The more that people suffer, feel angry, afraid, and depressed, the more pleased they are.

Remember that psychopaths will exploit any situation to their advantage and own self-interests. The sooner we all understand this is the modus operandi they follow, we will no longer tacitly agree to the cycle of Ordo ab Chao. Divide and conquer will be an insidious strategy that will no longer work on an awakened collective.

Today, some are allowing themselves to be co-opted by the same malevolent forces they think they are opposing. Are you so sure that you aren’t being played?

United We Thrive, Divided We Suffer

From a higher perspective, all boundaries are illusory. This is especially true for the perceived barriers between people, who are all part of the same interconnected consciousness field of humanity. There is nobody who can truthfully say that they are separate from the rest of us and are not affected or influenced by us. We are all individuated nodes of consciousness separated at the surface but intimately connected in the deep.

The psychopaths who have made their way into positions of power and control want to keep us artificially divided. They have a vested interest in us staying focused on battling one another so that the lens of scrutiny is off of them. They are absolutely terrified of us collectively realizing the power we have. They dread the day we wake up and realize they’re orchestrating situations that make us afraid of one another and angry at each other. They only rule us because we allow them to control us, through our beliefs in what they say.

Let’s exercise the dissolution of artificial boundaries that divide us. Otherwise, we will be confused, divided, and controlled. Our perceptions will be skewed and out of alignment with the truth. Be wary of any cultural meme or wetiko mind virus that justifies the intentional harming of others, be it physically, emotionally, financially, or otherwise; it is something to be thrown away into the dustbin of primitive consciousness. Be wary of any ideology that places a particular group of people above or below others, dividing them from the rest of our human family.

We are all in this together, and the other reflections of us are not the enemy.