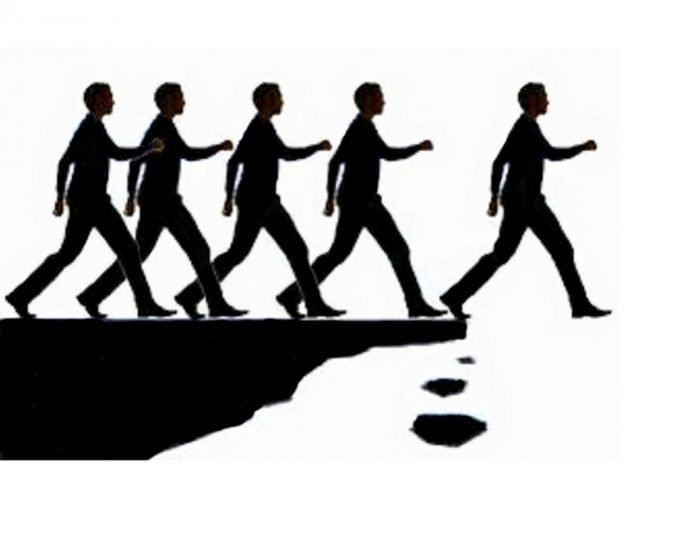 Albert Einstein once said “Blind belief in authority is the greatest enemy of truth.” It’s likely he was thinking of the authoritarian spell millions fell under in Europe during the early part of the 20th century. Yet, this is not something exclusive to yesteryear. Today, there is an incredible amount of blind belief in authority. With some people reaching cult-like status, they can seemingly get away with anything, and still be praised. This sort of spellcasting on humanity makes it nearly impossible to see the truth.

Information warfare is real. It is manipulating peoples’ perceptions of reality. Opinions and feelings have become equated with facts, even though those opinions and feelings have been artificially created and formed. There is no deep heart-centered or intuitive understanding in people who are attached so strongly to what a particular person or ideology represents. They have rose-colored glasses on, that only show them a narrow band of reality, that is sometimes completely fabricated. Other times, it is truth mixed with lies, which forms the most effective deceptions.

Do You Really Want to Know the Truth?

Do you love the truth enough to allow all your preconceptions to fade away into oblivion if the Truth reveals them to be fabricated illusions? Most people would say yes, but that wouldn’t make it true. If it was, you would not see people rationalize acts that cause suffering for others who are a part of our collective human family.

We sometimes hear people saying that they are “speaking their truth” but there is a flawed logic in this. It can actually be a great injustice to project our own “truth” in one situation onto all circumstances external to us. This is because, although something may seem like the truth to us, it is not reflective of the truth without Reality as a whole, or within a larger group consciousness. So yes, you can speak your truth, but you have to be wary of acting like it’s the truth for everyone.

There is a difference between subjective and objective reality. There is also a difference between the truth of reality, as we are told what it is, and the actual truth of reality. It is very easy to confuse people today regarding the truth. Technology has made it very challenging, especially when it’s used by psychopaths who have no qualms with distorting reality in any way that benefits their agenda.

You can’t make others see the truth. You can only be a beacon to others. It’s up to them to see it. Sure, some may be under a hypnotic trance/mind control/spell of authoritarians and other reality-benders. However, others will finally hear or see something that will break the spell. People can’t change the Truth, but the truth can change people.

We are living in a time where there are proverbial straws breaking camel backs left and right. People can find truth for themselves within themselves. They can tune into what their inner being’s wisdom has to tell them, and realize they have veered far away from embodying virtuous principles. They can go out into nature and listen for the Truth. They will realize that we are within a vast and intricate network of consciousness that is, ultimately, a singular Whole. Taking part in hostile thoughts, words, and actions has only served to perpetuate and amplify suffering within ourselves and others part of the human family. Buddha sat alone, accompanied only by his own awareness, until all barriers to the Truth were dissolved.

Do you love the truth enough to rebuild your understanding to conform to a reality that does not fit your current beliefs? If so, you will be able to find yourself outside of the mind control spell many are under today, and help humanity in its healing process.