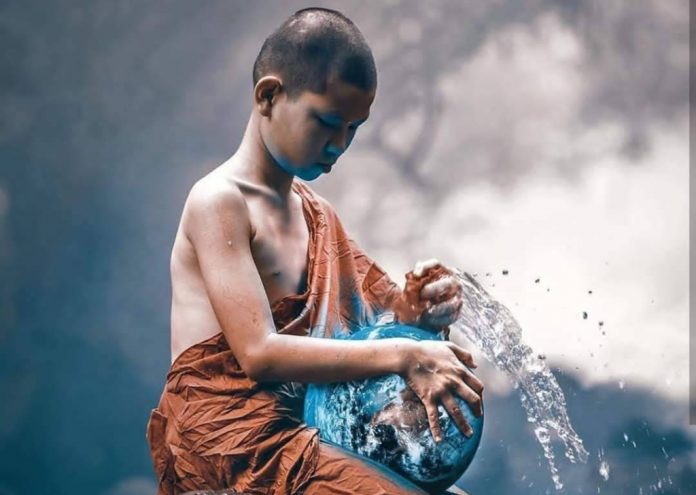 Even before the unprecedented and heavy-handed response to COVID-19, the world had its fair share of issues. There are a number of things negatively affecting the environment, which is the one habitable place we have to live. There were countless shadow aspects, such as child trafficking, that continue to wound and traumatize some of the most vulnerable, innocent, and impressionable among us. There’s a million and one issues that humanity is dealing with, that all need attention in some way. We can’t just focus on one issue and ignore the rest. It’s too late to kick the can down the road. Altogether, everything coming together as a “perfect storm” that threatens to jeopardize the ability for humans to continue existing entirely.

How do we not only survive what is happening, but thrive? It comes down to seeing ourselves as one massive organism. Each one of us is like a cell in the global Human Being. When cells are not cooperating, collaborating, and supporting one another, they throw the whole system into discordance. Mutations result, leading to cancer that infects and spreads to other cells. Before you know it, there is a disease that threatens the very life of the collective Human.

Humanity has fallen ill and needs to heal now. It needs to pay attention to all the “cells” that make up its body, and nurse them back to health, by supporting their well-being. Until humanity takes responsibility for the well-being of every cell, it will continue to experience sickness, adversity, and life-threatening situations. We have to see ourselves as one living organism, on one living planet, that we were birthed out of and are nurtured by.

Humanity, as a whole, has become so disconnected from the Earth that they are essentially killing their mother. All the pollution, the infectious disease we call consumption, and many other things, are all making if difficult for the Earth to maintain a habitable environment for us, and all other carbon-based lifeforms.

The technological advancements we have achieved, such as AI and all the things emitting electromagnetic fields that aggravate the fields of our own bodies, seem to have advanced faster than our collective consciousness has. This has led to the question of whether we, along with a habitable environment, can survive what we brought into being? Right now, it’s a toss up.

Still, it’s important to remain optimistic, because that is the driver for us being the change we want to see. It allows us to help other cells come back into coherence with the rest of the collective Human. It allows us to embark on the process of extropy. This means continuously expanding our consciousness and creative potential, evolving with the Earth, while helping Her evolve, and then venturing out into the Universe and doing so elsewhere. Extropy emphasizes finding solutions to problems we face today, while also proactively staying aware of the possible negative repercussions of emerging technologies, as well as shadow aspects that humanity has yet to transcend or evolve past.

It All Comes Down to Oneness

At the end of the day, the only way for humanity to survive (and thrive) what’s happening is to both recognize and embody the interconnected oneness of everything. Not only should we think, speak, and act like we are all affecting one another, we should also align all our actions with what is best to maintain a nurturing and habitable environment.

As long as we’re physical beings, we will need to keep our home clean and repair anything that we’ve broken. If enough of us get into coherence quickly, we will be able to act as the white blood cells of the collective Human. This leads to a stronger immune system, which can deal with any incoherence and cancerous mutations that have emerged somewhere within the collective. This is a role that is absolutely paramount right now, as we face immense challenges. Humanity needs you now more than ever, to help it heal and come into coherence with the collective Human Being we are all a part of.