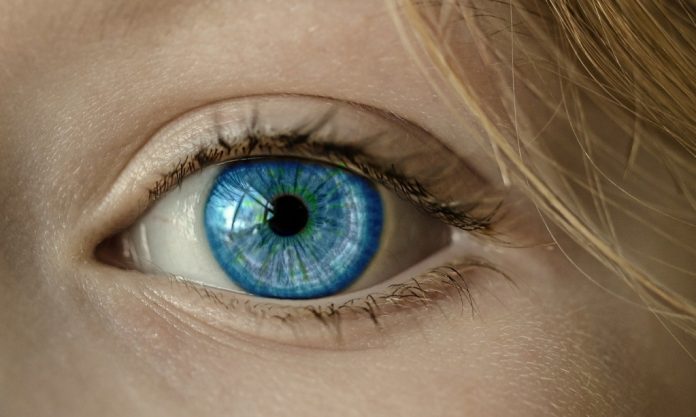 Do you find yourself squinting and straining to read the daily news and wondering why the writing on menus has become so small? Are you interested in keeping your vision sharp no matter what your age? If so, these five best foods for eye health are a natural way to give your vision a boost from the inside out!

Maintaining eye health becomes increasingly important as you age. Followers of natural health know that nutrition is your best defense against degeneration associated with aging and eye health is no exception.

We have compiled five of the best foods for eye health so that you can include these power-packed nutrients in your diet. Eating these vital foods and maintaining good overall health practices can help your eyes stay strong and your vision remain clear well into your golden years.

Extracted from one of the oldest species of tree in the world, ginkgo is a nutritional supplement that has been used as traditional herbal medicine in China for hundreds of years. Derived from the leaves of the Ginkgo biloba tree, some of which are believed to be more than 2,500 years old, ginkgo is available as a tea, capsule, tablet or tincture and has gained acclaim for a wide array of health benefits.

Ginkgo leaves contain natural flavonoids imbued with antioxidants that are believed to improve eye health by boosting circulation and protecting against damaging free radicals.[i] Studies have shown ginkgo may help reduce age-related macular degeneration and may be useful in the treatment of peripheral vascular disease.[ii]

Ginkgo has been shown to increase ocular blood, making it potentially effective in treating glaucoma[iii] and other eye diseases. Adding this potent supplement to your regimen may provide an added layer of protection against age-related memory loss and heart disease.[iv]

Ginkgo is generally well-tolerated but does have some contraindications and should not be combined with other drugs. The maximum recommended dose for ginkgo extract is 240 milligrams (mg) a day.[v]

Another traditional Chinese medicine that has relevance to modern lifestyles is goji berries. This nutrient-dense superfood contains all eight essential amino acids and a healthy dose of protein, which is unusual for a fruit. Goji berries are also unusually good for eye health.

A study from 2017 found that a low dose of goji berry extract (between 250 and 350 mg per kilogram (kg) of body weight) helped ameliorate the symptoms of dry eye disease.[vi] Researchers attributed these actions to increased antioxidant and plasma zeaxanthin levels, a common carotenoid that has been associated with a significantly reduced risk of age-related maculopathy and cataract.[vii]

Zeaxanthin is one of 600 carotenoids found in nature, but one of only two that are deposited in high quantities in the retina (macula) of the eye.[ix] Antioxidant nutrients like zeaxanthin neutralize unstable free radical molecules that are associated with the oxidative stress that causes retinal damage.

Goji berries’ high antioxidant profile may further help protect against macular degeneration. A study published in the journal Optometry and Vision Science found that the boost in antioxidant and plasma zeaxanthin levels provided by daily dietary supplementation with goji berry for a period of 90 days protected elderly subjects’ eyes from hypopigmentation and soft drusen accumulation in the macula,[x] tiny deposits of protein and fat that get deposited under the retina.

The study also found that goji berries helped filter harmful high-energy blue wavelengths of light to protect and maintain healthy cells in the eyes.[xi] Gojis, also called wolfberries, are available fresh in some locations, dried and as a juice or extract. Goji berry is generally well-tolerated and associated with more than 20 beneficial pharmacological actions.

Carrots are widely known to be beneficial for eye health. Loaded with beneficial vitamins and micronutrients, it’s no wonder that eating carrots is associated with strong eyesight.

Nutrient deficiency is a serious problem in developing countries where malnutrition is more common and can be a precursor to disease. While malnutrition is less frequent in first-world nations, bariatric surgeries, which are performed to achieve weight loss, or surgeries to remove diseased sections of the bowel can create malabsorption syndrome, the body’s failure to absorb nutrients from food.

A 2013 study published in the Journal of Optometry examined the case of a 55-year-old woman who presented to doctors with a two-year period of progressive night blindness. Initial treatment with oral vitamin A supplementation was ineffective, suggesting that the deficiency was related to malabsorption rather than dietary insufficiency.

The patient had a medical history of Crohn’s disease and had undergone three previous bowel resections, which subsequently led to the malabsorptive state associated with short bowel syndrome. Injections of vitamin A once per month over an 18-month period led to significant improvements in the patient’s night vision, including remission of symptoms and vision tests that returned to normal ranges.[xii]

Carrots are also a good source of the carotenoids beta carotene, lutein and zeaxanthin, a class of antioxidant micronutrients that are believed to protect against macular degeneration and cataracts.[xiii]

The GreenMedInfo.com research database has 80 scientific abstracts on coconut oil’s many healthiful properties. Despite all the favorable press in recent years, you may not know that one of coconut oil’s benefits to health is retina protection.

Macular degeneration is the leading cause of vision loss in the U.S., affecting more than 10 million Americans, which is more than cataracts and glaucoma combined.[xvi] Age-related macular degeneration, or AMD, is diagnosed when an eye doctor detects drusen, yellow plaque-like deposits, under the surface of the retina. Over time, these deposits can blur the central field of vision and, if left untreated, vision loss can become severe and debilitating.[xvii]

One of the prime risk factors for developing AMD is exposure to ultraviolet light. A 1966 study found that rats who were fed a diet of coconut oil and exposed to bright light had significantly better retinal morphologies than rats in control groups, something researchers attributed to reduced caspase-3 activity.[xviii]

Caspase-3 is a family of protease enzymes that plays an essential role in inflammation and apoptosis, or programmed cellular death. Benefits to the retina increased when the dosage of coconut oil was doubled, suggesting that coconut oil was the significant factor behind these potent eye health benefits.[xix]

Some studies have found that fish oil can reverse dry eye, including dry eye caused by spending too much time on a computer.

Your retinas need two types of omega-3 fatty acids to work right: DHA and EPA. You can find both in fatty fish, such as salmon, tuna and trout, as well as other seafood. Omega-3s also seem to protect your eyes from AMD and glaucoma. Low levels of these fatty acids have been linked to dry eyes. Be sure to choose fish sourced from non-polluted waters.