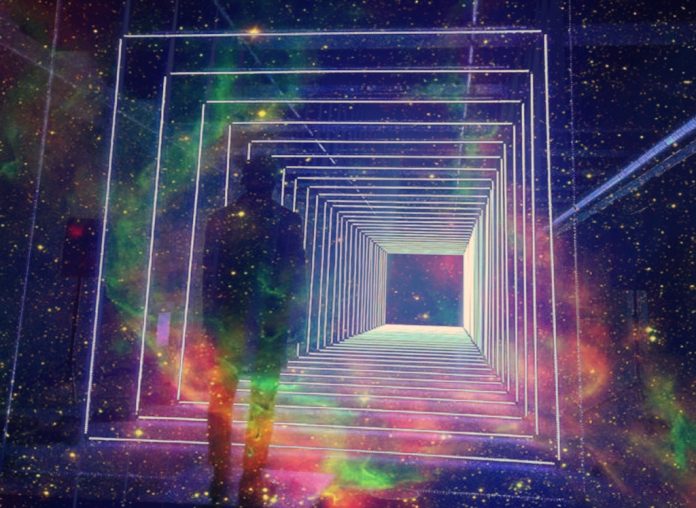 People looking to “find themselves” seek in places far and wide away from there they should be seeking…inside themselves. As the mystic Sufi poet Rumi said, “Look for the answer inside your question.”

The Answer you are looking for is not off in an ashram in India somewhere. It’s not in anything you can find in the world. It’s already within you. You just have to become still and quiet enough to hear it.

The world likes to pretend like it has the Answer to life’s meaning and purpose. It likes to make us believe that something other than the true inner being is what we are. This means our ego personality and all the window dressing layered on top of it by culture. This is not the way to Self-realized understanding of the nature of Reality and what this bizarre experiential existence is all about.

As surrealist Paul Eluard said, “There is another world, but it is inside this one.” Anyone who has meditated for long enough, had their kundalini shake them out of their sleep, or done any number of awareness-expanding things has discovered where the Answer truly lies…within our own Source fractal consciousness.

Your inner being is a node of Source consciousness, birthed out of the ineffable amorphous existence that this infinite intelligence possesses. As a receiver and transmitter for this extraordinary energy, we tend to get caught up in the 3D bio-suit and its programmed directives running through the ego. This makes us forget and distance ourselves from the truly Divine nature we already possess.

You Are Already Enlightened

What if I told you that you were already enlightened? As an extension of the Source consciousness itself, your natural state is that of a Buddha. It is the 3D interface that we oftentimes end up letting run the show. It becomes so solidly fixed in place as the driver of all we think, say, and do that we end up forgetting our true nature. Those who have become the most removed from it are those who commit the grandest atrocities within the collective consciousness.

No matter how far removed someone becomes from displaying their Sourciness, they still embody that divine spark. That’s not easy to sometimes accept, but in a Reality where all that is originates from some creative process, it originates from a source of it all. That Source energy exists within all configuration patterns and manifestations of consciousness, to varying degrees of awareness. Connecting with it and expanding that energy helps us feel and become more in tune with it.

The Answer lies within ourselves, as does ecstasy, love, and peace. It’s all there, within your innermost being. You may have been searching all over the world for it, in people, things, and beliefs, but it’s right there within you.

Sometimes, it’s almost as if there is something dormant within us that is waiting to be awakened. The way to wake up is to do the Work involved. However, the rewards are worth more than all the tangible wealth in the world. There is so much possible when you discover the Answer you have been looking for, about who you are and what your place is in this Reality.

Look inside, using whatever tool you feel most attracted to at this time, and awaken to your true Self-realized nature. Your life will hardly resemble what came before it, but this isn’t a bad thing. No, it’s the beginning of the first day of your awakened life.

Enjoy experiencing the world from a new position of awareness.