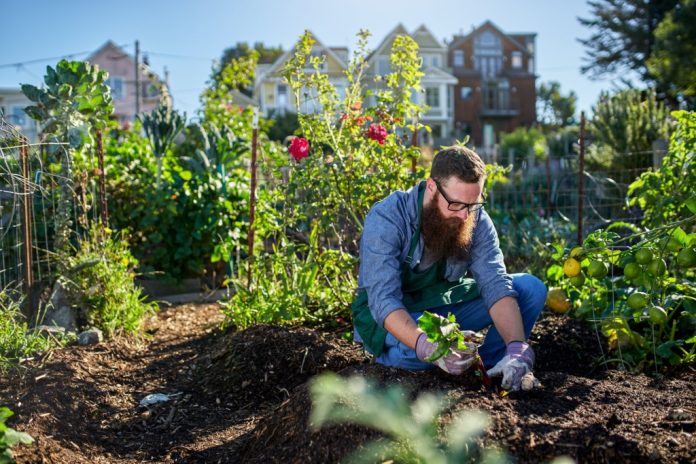 As more people learn about their benefits, urban gardens have increased in number across the United States. However, there are several issues surrounding food production in urban areas, like soil contamination, that are thought to pose risks to human health.

In a recent breakthrough, a team of researchers from the Universidad Politecnica de Madrid (UPM) in Spain conducted a probabilistic risk assessment in an urban garden scenario using local soil and lettuce samples to examine the impact of local exposure factors on the health risks linked to urban gardens. These local exposure factors or parameters include the habits and characteristics of gardeners in the area.

Their refined risk assessment indicated that local population habits and characteristics had a notable influence on the risks that urban gardens pose to human health. The researchers also found that urban gardeners in Madrid are in no real danger of health issues linked to contaminated soil.

Despite the apparent economic and social benefits of urban gardening, the practice is thought to pose potential threats to human health due to the presence of contaminants in urban soils, such as lead, petroleum, dust and debris.

But studies assessing the influence of local population characteristics and gardeners’ habits on soil health in urban areas are scant and incomplete.

To this end, the researchers from UPM created a statistical tool, then fed this tool a total of 24 soil samples and 23 lettuce samples obtained from six urban gardens in Madrid. The researchers also assessed the habits and characteristics of urban gardeners, noting that these parameters could differ among different population samples.

Their risk assessment indicated that local urban gardeners’ habits and characteristics had a notable influence on the health risk that urban gardens pose. Nonetheless, their results also indicated that the concentration of contaminants present in the soil samples poses “acceptable” risks based on past UPM research.

Urban agriculture could help cities become more self-sufficient, but urban soils are often contaminated. This refined risk assessment demonstrates that although urban gardeners are exposed to contaminated soil, the level of their exposure to these contaminants does not exceed acceptable risk thresholds.

Therefore, urban gardeners are in no great danger despite exposure to contaminated soil. Furthermore, the research highlights the importance of characterizing local gardeners’ habits in assessing health risks linked to urban gardens.

Miguel Izquierdo-Diaz, a member of the research team, explained that their findings could help local authorities pinpoint contaminated sites in the area and optimize their budget for the remediation of the soil at those sites. In turn, this could lead to safer food production in cities and urban neighborhoods.

It’s the soil, not the produce

One of the biggest problems that urban gardeners face is contaminated soil. Soil in urban environments are more susceptible to contamination. Large populations in cities are also a major factor influencing soil health in urban areas. If there are more people using chemical-containing products or going around in cars, then it should come as no surprise that those areas face greater soil and air pollution than others.

Urban gardeners could start testing for contaminants in their soil as a precaution, but this is easier said than done due to the lack of appropriate testing tools. But despite the health risks linked to soil contaminants like lead, scientists find that produce from contaminated soil is not as bad as it sounds.

For instance, although plants do sometimes absorb the lead in soil, the toxic metal is kept in the roots and not transported through the stems and into the fruits. This means that root crops like carrots might not be a good choice for urban gardens, but tomatoes are.

Still, scientists do not think that a person can get sick from eating carrots from urban gardens, contaminated soil or not. The real danger is in the soil, not crops sitting in that soil. In fact, just rinsing carrots and other produce from urban gardens is enough to get rid of contaminants that had latched onto their peel or skin.

Recent studies also found that using organic compost can counter the harmful effects of lead. Compost, in particular, can render lead insoluble. This means that compost can keep the lead from getting absorbed into the bloodstream if it is eaten.

Taken together, current studies and ongoing research on urban gardening and human health indicate that gardeners should practice caution in handling soil and take care not to take it into their homes.

Other practices to consider include tilling the soil on a regular basis and maintaining long-term gardens. If practiced throughout urban communities, these measures could help enhance soil health across entire cities and neighborhoods and promote a safe and sustainable means of food production.