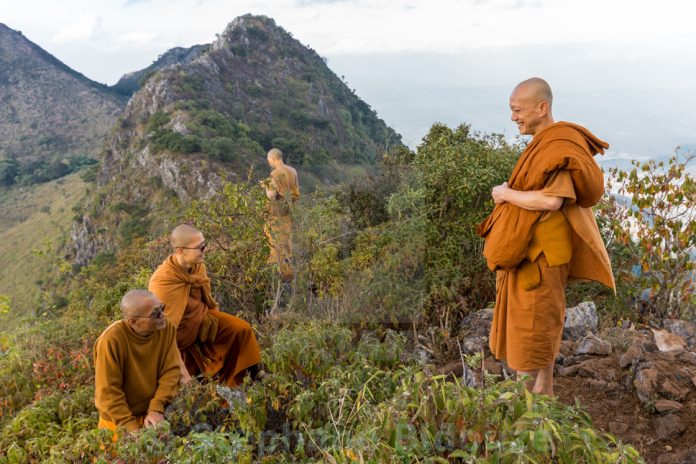 A study published in the Journal EXPLORE, The Journal of Science and Healing conducted by scientists at National Kaohsiung Normal University, National Taiwan University, and the Institute of Noetic Sciences referenced a previous experiment which suggested that “consumption of intentionally treated tea influenced subjective mood under double-blind, controlled conditions.” They decided to investigate further, under double-blind, controlled conditions. The new study used Arabidopsis thaliana seeds (a commonly used wild type of seed that belongs to the Brassica family, which includes cruciferous vegetables like cabbage, broccoli, cauliflower), and measured differences in hypocotyl length, anthocyanin, and chlorophyll between seeds hydrated with intentionally treated vs. untreated water.

The hypocotyl is the stem of a germinating seed, anthocyanin refers to specific cell biology properties of a plant, and chlorophyll deals with the biology of the green pigment found within plants. The study was designed as follows:

Three Buddhist monks focused their intention on commercially bottled water with the goal of improving the growth of seeds; bottled water from the same source served as an untreated control. Seeds with the following three variations of cryptochrome (CRY) were used: the wild type Arabidopsis (Columbia-4), a gain-of-function mutation (His-CRY2), and a loss-of function mutation (cry1/2), where “gain” and “loss” refer to enhanced and reduced sensitivity to blue light, respectively. Seeds were hydrated with treated or untreated water under blinded conditions, and then placed in random positions in an incubator. The germination process was repeated three times in each experiment, each time using new seeds, and then the entire experiment was repeated four times.

The results of the Taiwan study showed a significant decrease in hypocotyl length, a significant increase in anthocyanin (treated mean 17.0 ± 0.31 mg, untreated mean, and a “modest” increase in chlorophyll. To see the actual numbers, and more details about the study, you can refer directly to the study.

According to the authors:

These outcomes conformed to the monks’ intentions because a decrease in hypocotyl length and increase in anthocyanin and chlorophyll are associated with enhanced photomorphogenic growth. These experiments suggest that the  His-CRY2 mutation of Arabidopsis may be an especially robust “detector” of intention.

This suggests that the monks were able to change the structure of water.

There were a couple of concerns and biases but they didn’t hold much weight according to the authors. One of them that the chemical composition of the water was not tested prior to the experiment, so that could have somehow influenced the results instead of the monks. Again, you can refer to the study for more information like that.

Experiments over the past four decades have investigated whether human intention alone can affect the properties of water. This question has been of interest to alternative medicine research, because the human body is made up of approximately 70% water. Interest in this topic has been rekindled by multiple researchers suggesting that intentionally influenced water can be detected by examining ice crystals formed from samples of that water. Scientists have hypothesized and shown that water influenced by intention can indeed influence the physical formation of the ice crystals that water produces. Consistent results commonly point to the idea that positive intentions tend to produce symmetric, well-formed, aesthetically pleasing crystals, and negative intentions tend to produce asymmetric, poorly formed, and unattractive crystals.

Dean Radin, the Chief Scientist at the Institute of Noetic Sciences (one of the authors in the study above) along with Masaru Emoto, Takashige Kizu, and Nancy Lund, designed an experiment that tested this hypothesis.

As the study’s description reads:

Over three days, 1,900 people in Austria and Germany focused their intentions towards water samples located inside an electromagnetically shielded room in California. Water samples located near the target water, but unknown to the people providing intentions, acted as ‘‘proximal’’ controls. Other samples located outside the shielded room acted as distant controls. Ice drops formed from samples of water in the different treatment conditions were photographed by a technician, each image was assessed for aesthetic beauty by over 2,500 independent judges, and the resulting data were analyzed, all by individuals blind with respect to the underlying treatment conditions. Results suggested that crystal images in the intentionally treated condition were rated as aesthetically more beautiful than proximal control crystals (p < 0.03, one-tailed). This outcome replicates the results of an earlier pilot test.

Obviously, it’s important to remember that this type of research does cause a lot of controversy.

“There seems to be a deep concern that the whole field will be tarnished by studying a phenomenon that is tainted by its association with superstition, spiritualism and magic. Protecting against this possibility sometimes seems more important than encouraging scientific exploration or protecting academic freedom. But this may be changing.”
– Cassandra Vieten, PhD and President/CEO at the Institute of Noetic Sciences (source)

Stories of mind influencing matter have been written about for thousands of years. Nearly all ancient literature from all parts of the world have stories of such phenomena, whether it’s ancient Vedic tests or the yoga sutras, all the way to Moses, Jesus, Mohammed, and Milarepa or the Oracle at Delphi, stories of ‘superhuman’ ability have always been alive and well. The Buddha, for example, was believed to possess all manner of supernormal powers and ability. Were these just myths? Or are any of these stories actually true? Why would literature that dates back thousands of years exist describing these abilities in great detail, in multiple parts of the world, if it wasn’t true?

There are many ‘paranormal’ abilities that are said to be real, or at least what seem to be ‘paranormal.’ Perhaps they are simply just ‘normal.’ The scientific study of phenomena like telepathy, clairvoyance, remote viewing, which are a few of many that lie under the umbrella of parapsychology, have all yielded  statistically significant results. Remote viewing, the ability to describe a remote geographical location regardless of ones location,, for example, was an extremely successful program that worked multiple times for intelligence purposes. That alone is a very fascinating topic .

According Dr. Jessica Utts, the  Chair of the Department of Statistics at the University of California, Irvine, when it comes to scientific studies in these realms.

“What convinced me was just the evidence, the accumulating evidence as I worked in this field and I got to see more and more of the evidence. I visited the laboratories, even beyond where I was working to see what they were doing and I could see that they had really tight controls… and so I got convinced by the good science that I saw being done. And in fact I will say as a statistician I’ve consulted in a lot of different areas of science; the methodology and the controls on these experiments are much tighter than any other area of of science where I’ve worked.” (source)

Can mind influence matter? Today, there are examples from looking at matter at the quantum scale, and there are also real life examples at the classical scale of mind-matter interaction. For example, the quantum double slit experiment is a very popular experiment used to examine how consciousness and our physical material world are intertwined. A study published in the journal Physics Essays is one of many that explains how factors associated with consciousness “significantly” correlated in predicted ways with perturbations in the double slit interference pattern.

In this experiment, tiny bits of matter (photons, electrons, or any atomic-sized object) are shot towards a screen that has two slits in it. On the other side of the screen, a high tech video camera records where each photon lands. In this experiment, a simple “observer”  “not only disrupts what has to be measured, they produce it. We compel the electron to assume a definite position. We ourselves produce the result of the measurement.”  The experiment how consciousness, or an “observer” actually influences what the electrons and photos do, and what action they take.

As far as supposed real world examples, there are many. One of my favourite examples comes from a document archived within the CIA’s electronic reading room. It examines experiments conducted by high level Chinese scientists examining people with exceptional abilities and their ability to move objects without touching them. The document is entitled “Research Into Paranormal Ability To Break Through Spatial Barriers.” I’ve cited it in many of my articles before.

The document reviews experiments by the Aerospace Medicine Engineering Institute in Beijing, which the CIA believed was “probably military operated.” It was reported in the July 1990 issue of the Chinese Journal of Somatic Science (Kongzhi et al., 1990; Jinggen et al., 1990; Banghui, 1990), and was translated into English by the DIA (Defense Intelligence Agency).

The document highlights experiments involving the videotaping and high-speed photography of the transfer of test specimens (nuts, bundles of matches, pills, nails, thread, photosensitive paper, chemically treated paper, sponges dipped in FeCl3, etc.) through the walls of sealed paper envelopes, double layered KCNS-type paper bags, sealed glass bottles and tubes with sealed caps, and sealed plastic film canisters without the walls of any of these containers being breached. All of the Chinese experiments reported using gifted children and young adults, who possessed well-known extraordinary PK (psychokinetic) ability that allowed them to teleport the various test specimens.

These particular experiments are mentioned many times in various publications. For example, a study titled “Teleportation Physics Study” by Dr. Eric W. Davis, the Adjunct Professor in the Early Universe, Cosmology and Strings Group at the Center for Astrophysics, Space Physics & Engineering Research at Baylor University, the Chief Science Officer of EarthTech Int’l, Inc. and the Institute for Advanced Studies at Austin in Austin, Texas; who is also the Owner/Chief Executive/Chief Scientist of Warp Drive Metrics which does consulting and contracting for the Department of Defense, mentions these experiments as well.

A study published in the American Journal of Chinese Medicine demonstrated that a woman with special abilities was able to significantly accelerate the germination of specific seeds for the purposes of developing a more robust seed stock. You can read more about that and access the study here. There are also declassified documents that show human beings with these abilities. There are examples from every country, and it’s not just from modern day. Ancient lore from many cultures spoke of people with these same kind of  ‘mystical powers.’

During a visit to remote monasteries in the 1980s, Harvard Professor of Medicine Herbert Benson and his team of researchers studied monks living in the Himalayan Mountains who could, by g Tum-mo (a yoga technique), raise the temperatures of their fingers and toes by as much as 17 degrees. It is still unknown how the monks are able to generate such heat. (source) (You can read more about this here).

If human intention can impact physical material matter, imagine the impact our thoughts, feeling and emotions can have on the human experience and our physical material reality. Imagine how important the concept of consciousness is when it comes to solving our problems, and making the Earth a place of abundance and peace for all life that resides here. Imagine the potential we have, and what we are capable of, what what type of human experience we could all create, together, if these concepts were at the forefront of what it will take to change the world.