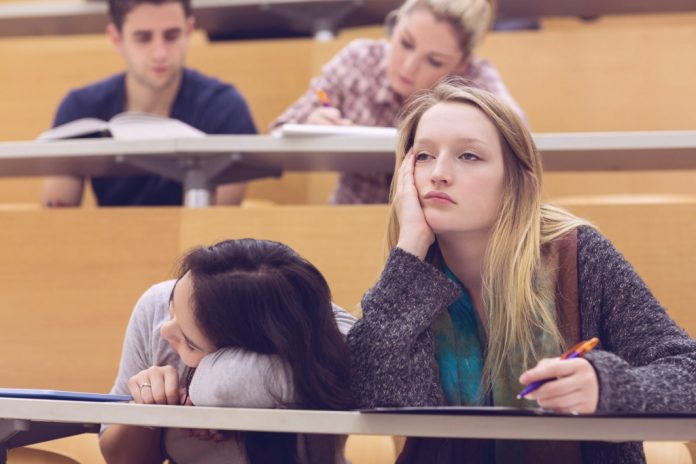 “I’m bored.” Is this something you have said before? I’m sure you have. We all have. However, it’s a good idea to think about what that thought-form can lead to. I’m going to go over the dangers of boredom, as they relate to what that state of consciousness can lead to.

Boredom emerges as an uncomfortable feeling connected to attention. To become bored, you already need to have a higher level of energy flowing through you that you want to channel somewhere. If you don’t have a lot of energy, or your energy is relaxed, then you won’t end up in the boredom lands of consciousness. If you have energy you want to devote to something, but aren’t able to find something engaging enough, you become bored.

For boredom to creep in, you need to have trouble focusing your attention and awareness on something. Your environment isn’t able to keep you engaged with it. You also probably will feel like you don’t have that much control over the situation you are in. That’s why so many students get bored in school classrooms. If you were able to freely leave your environment and shift your attention to something interesting, you wouldn’t slip into boredom.

Boredom brings with it its set of dangers. It can lead to you disliking whatever it is you are feeling bored by. This is something that, again, shows up in schools everywhere. Someone who may have been really excited about physics may have become incredibly bored with it appearing more like a math class than anything. They would then make the connection with their boredom of all the math with being bored of physics, deciding to not pursue it. That person could have missed out on an incredible opportunity to be in a field they really enjoyed, due to the object of their boredom being the math in that physics class.

Also, feeling bored by something can negatively impact your performance later on. When you are stressed out, you are going to have trouble focusing your awareness on something or paying attention to it. This will lead to not absorbing the information and environmental stimuli that is occurring. Again, school is a great example of this. If you’re bored, you are not going to retain information being given to you. 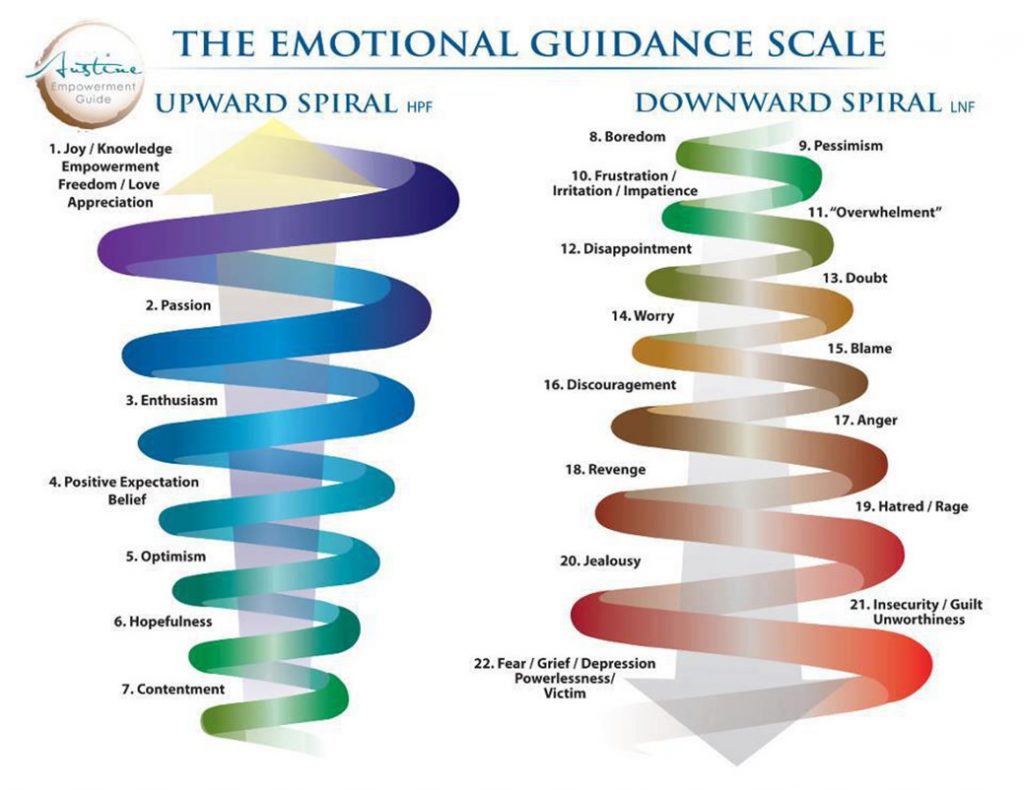 Finally, according to the Emotional Guidance Scale, boredom is the beginning of the downward spiral of negative emotions. Boredom leads to pessimism, which leads to frustration/impatience/irritation, followed by feeling overwhelmed and then disappointed. But wait, this downward spiral isn’t finished. Things can keep spiraling down into doubt, worry, blame, discouragement, and anger. After anger, revenge, hatred/rage, jealousy, and insecurity/guilt/unworthiness can follow. The very bottom of the downward spiral initiated by boredom can sometimes even be fear, grief, and depression.

This is why it’s important to become aware of when we are “bored” and reverse our trajectory into an upward spiral that begins at contentment and ends up in joy, love, appreciation, and freedom.

There are a few things you can do if you catch yourself getting bored with certain things regularly. One is to start doing a regular meditation practice. This can reduce your level of mental stimulation and arousal so that you can be in a more neutral space, at the very least. Also, listening to music while you’re doing something can help you avoid getting distracted and bored.

These are two powerful tools you can use most of the time. Boredom can lead down a perilous path, so take steps to reduce instances of boredom will help you stay within an upward spiral through higher states of consciousness.