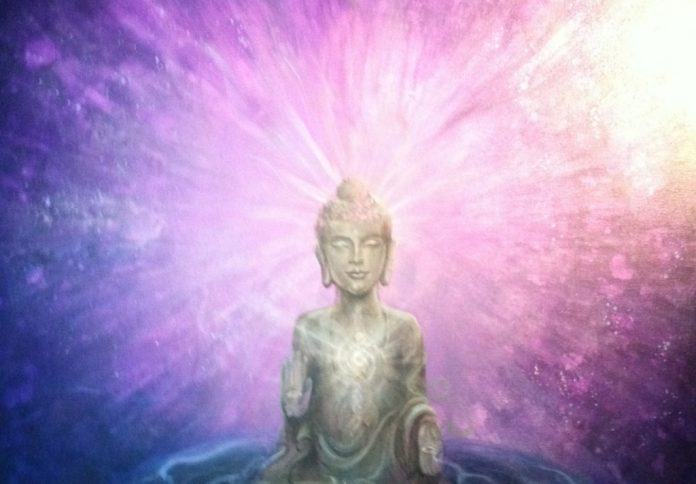 As Graham Hancock once famously said, there is a war on consciousness. While I steer away from polarizing and aggressive terms like that, there is definitely a suppression agenda when it comes to human consciousness. That is because once consciousness expands into “higher” states, it becomes impossible to control humanity.

The more you expand your consciousness, the more liberated you become. You discover and embrace more and more of your natural sovereignty. It becomes increasingly difficult to trick you into falling into traps of agreement that take away your freedoms as a human living on this planet. That is why evolved consciousness is the most suppressed technology of all.

I call it technology because the definition of that word is “a capability given by the practical application of knowledge.” When you expand your consciousness into higher domains like courage, reason, love, peace, and joy, you unlock capabilities and can do things you previously weren’t aware were possible.

Love has a great deal to do with ascending into higher levels of consciousness. If your heart is not open, then the ascension process cannot occur. For the malevolent forces out there looking to use our energy for their own purposes, an open heart is the gravest threat. For us, it is the key to true liberation and an ascended collective consciousness.

Look at mainstream music, art, films, and entertainment being pushed onto the collective. Overall, it focuses on dark themes. There is an underlying push to get people to resonate at lower levels of consciousness. That’s not to say that we shouldn’t acknowledge shadow aspects of individual and collective consciousness in an artistic way, but the massive focus on service-to-self, killing, fear-based messaging, cannibalism, suicide, polarization, left-hand path occultism, cynicism, hatred, pill-popping, anger, nihilism, and inversions of all kinds makes it clear that there is an underlying agenda to suppress human consciousness from evolving.

The natural inclination of consciousness is to evolve. From the moment we become individualized nodes of consciousness carrying with us the Source spark, to the moment before our extensive journey through countless lives and dimensional aspects comes to an end when we merge with the Source once again, we are evolving and expanding.

Being constrained to ordinary and “lower” states of consciousness is like living in a country that never lets you leave. Interestingly enough, many are now facing the second part of this analogy today, making it quite apropos. Ordinary consciousness creates a sort of tunnel vision, where we are simply unaware of what is possible and how extraordinary experiential existence can be.

Expanded consciousness, especially when many people are coherently in resonance while in higher states of consciousness, is the key to ascension. Opening our hearts is the easiest and most effective path to ascending into higher consciousness and the wonders that it brings. The Chaos Makers don’t like that. Now more than ever is a good time to show them what humanity is truly capable of.

Rebel from the Masters of Darkness by opening your heart and being an evolutionary revolutionary. There is nothing more helpful than to use your heart and mind together to guide you into higher states of consciousness. Full consciousness occurs when you expand your awareness and see what is possible and what is holding you back from experience those possibilities.

It’s time for major disclosure to happen. The most suppressed technology today is already being revealed, and increasingly so. Buckle up because we’re in for a wild ride into a new dawn for humanity.