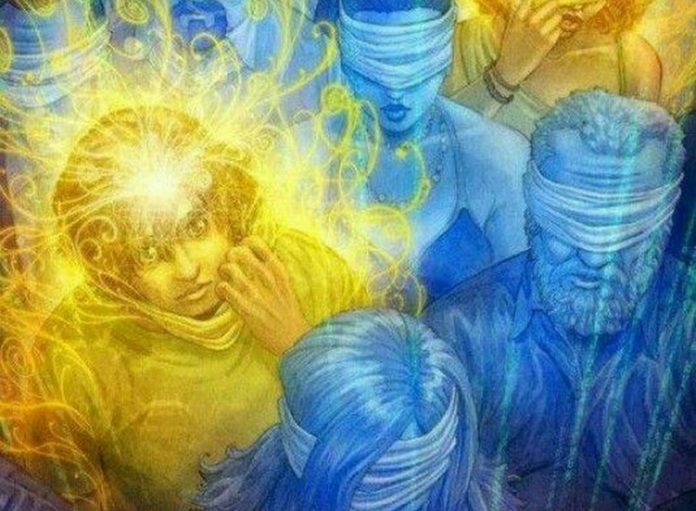 2020 has shown us that many are still asleep and not ready to awaken. It also has, perhaps more disappointingly, that many who appeared to be awake were only partially there. However, we should be careful when it comes to how we feel towards people who are still in a deep slumber, and some who are waking up but haven’t done so more fully yet.

The fact that you “get it” doesn’t mean someone else will, at least in this lifetime. What seems straightforward to you may take quite a while for someone to realize. When they finally do, it may be absolutely revelatory for them and quickly accelerate their evolution.

Everyone is on their own path, walking it at their own pace. It’s perfectly alright for everyone to be in their particular start of consciousness or unconsciousness. As much as we would love to ascend into 5D, see a new conscious paradigm, and have all of the predators and psychopathic forces dealt with in some way, we cannot violate anyone’s free will.

Consider the nature of the Tao, where everything is happening just as it should. There is always movement of some kind. Some people move upwards while others move downwards. However, most peoples’ evolutionary process moves somewhat like a line graph of Ethereum, with peaks and troughs, yet ultimately moving onward and upwards. Sure, there will be times where there’s a massive crash and a Dark Night of the Soul, but once the darkness is addressed and the shadows are illuminated, forward movement upwards continues on.

Anyone who seems to be asleep right now, even after everything that has occurred, cannot be forced to awaken. They are simply not ready, be it due to deep trauma of some kind, fears, or just the lack of caring…and it’s all OK.

Overall, if we expand our awareness, we can see that there is a massive awakening that has been going on. I have seen it since around 2012 but it has significantly increased over the past year. Perhaps the Mayans were dyslexic and meant a new age would begin in 2021, not 2012!

In any case, we can understand that, on the widest scale imaginable, the Tao is perfect; Source is perfect. There is nothing that needs to occur, truly. What we have control over is the consciousness that we embody within the 3D interface we call our human body. Every thought, word, and action we make brings us either higher or lower in consciousness.

Rather than getting hyped about 5D ascension or new Earth this and that, we can ascend ourselves in consciousness and experience reality in a radically different way than the person standing right next to us. We can do our part in laying down the blueprints of a better paradigm on this blue marble. Otherwise, if ascension and radical changes that way you expected them to occur don’t, you run the risk of becoming disillusioned, cynical, and apathetic due to being so attached to an outcome the way you wanted it to occur. I’ve seen it happen after 2012.

You can only take charge of your own experience. You may indeed have extraordinary mystical experiences of ascending into a rainbow light body and simply eating the sun all day to get recharged, yet that won’t necessarily be the experience of others. This is why people who take psychedelics will have vastly different experiences, depending on their baseline level of consciousness. Where one person will have profound communication with their higher dimensional aspects and be shown the framework of Reality, another will just see “trippy” visuals and swirling colors.

Let’s take it easy on those who are asleep. We can act as models of what they can aspire to, if they wish, but we should do our best not to get frustrated by their inability to “get it” like we do. After all, at some point in our journeys, we were in their exact same place.