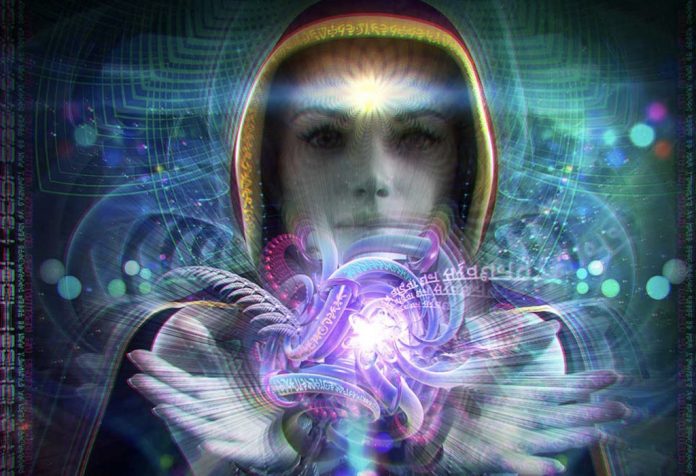 Here in 2021, we can all look around us and agree that things could be better. No matter what your beliefs about how society should look, we can all feel the pain that comes from living in the current paradigm. Since we deeply feel that everything could be so much better than it is, how do we shift into a better paradigm?

To answer that question, we first need to understand how a paradigm doesn’t shift. Changes of paradigms never happen because the masses convince holders and reinforcers of old paradigms to give them up. They never get given up; they just become irrelevant.

This is important to understand because there is still an underlying assumption by the majority of people that to see meaningful change in society, you need to go head-to-head with the old paradigm. This resistance energy is not a creative energy but a warring one. When you’re playing in the third dimension, you are going up against players who know every trick in the book and will beat you any day of the week at the game.

Protests, boycotts, and other resistance strategies don’t work in the way they are intended to. Even if there is momentary change, or at least the appearance of it, this is another clever trick used to fool people into believing ineffective warring consciousness actually works. It doesn’t lead to a better future. You can simply look to the examples in both older and recent history to see this is true.

The French Revolution ended up with France becoming plagued with extreme violence and a return of even greater authoritarianism for another 100 years. The Arab Spring in 2011 led to a counter-revolution that led to numerous counties in the Middle East descending into civil wars and failed states. Since Occupy Wall Street, the 1% has only become even more powerful and wealthy. Going into war mode won’t lead to the bright future you may believe it will.

“You never change things by fighting the existing reality. To change something, build a new model that makes the existing model obsolete.”

As we reach the end of the Kali Yuga in 2025, it’s high-time we understand how to use our reality creation powers in a way that actually helps co-create a conscious paradigm where we all thrive. The key lies in what forward-thinking inventor and visionary Buckminster Fuller said. Fighting fire with fire only leads to everything catching on fire and burning down. If we want to finally transcend division-promoting warring consciousness, we need to think like creative solutionaries.

Instead of going head-to-head with the matrix control system and any one of its many appendages, it’s better to simply render it obsolete. It will become an ineffective limp noodle that is no longer supported by the energy of the collective consciousness.

Most people in the alternative and conscious communities, the “woke” culture war movement, and activists of all kinds, are focusing on everything that is wrong in the world. Everything about the current paradigm is out of alignment with Truth, so of course more and more will continually be uncovered. Being overly focused on how terrible things are and preparing to put on your battle armor isn’t going to magically get rid of it. To do that, you need to become a creator, not a destroyer. Let Kali do the destroying. Paradigms fall apart when people are no longer giving them their energy. That is the true destruction process of a discordant paradigm.

We all have our own unique skills, abilities, talents, and interests. Conduct some self-inquiry and self-reflection to become aware of how you can do your part in laying down the blueprints of a new paradigm. This means taking action on an energetic and physical level. Think global and act local. Make small strides towards your vision of how the world could be a better place. There are many of us who are doing our part in bringing solutions to problems facing humanity and turning them into a reality.

Conscious evolvers are solutionaries by default. If you see some aspect of the old paradigm you don’t like, help create an alternative! What the Unified Field inherently supports the most is that which is in coherence with it. Anything that is a distortion of it will only exist for a fleeting moment, compared with how long a coherent energy field lasts. Do your part in co-creating a more conscious paradigm and it will come much closer to becoming a reality than trying to get to a better world by fighting the old paradigm.