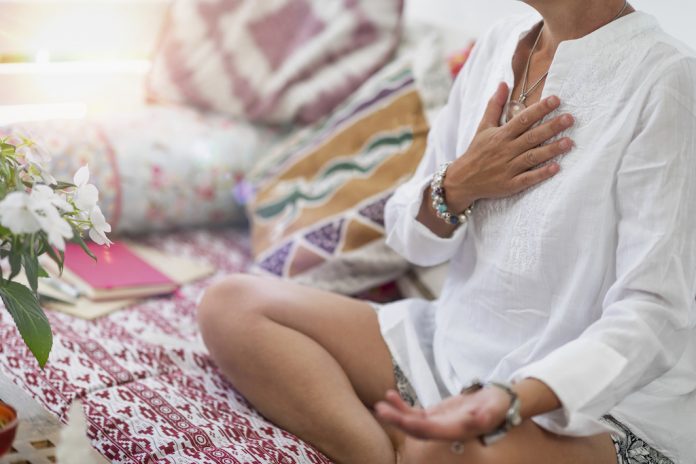 Above all else, there are three indispensable tools for the attainment of enlightenment: knowledge, awareness, and love.

These are three tools that are going to help you attain enlightened consciousness and clear out all of the energetic gunk that’s collected over this lifetime and others, helping you leave the samsaric wheel of birth and death in the physical plane of Reality.

If you have ever experienced a past life regression, or read reports of them, you will undoubtedly come across times when someone suffered a tragic death, such as being shot with an arrow in the back, being hung, suddenly dying from a heart attack, or something else deeply traumatic. In their current lives, they will sometimes have some mark, such as a mole, trouble breathing, or a heart condition. What these people will tell you during the regression hypnosis session is that those are leftover scars, of sorts, from the tragic deaths they suffered in previous lives.

Why did those scars persist? After all, don’t we get fully healed and cleared out in the “Source light shower” as I call it that life-between-life regressions have repeatedly told us occurs? It turns out, there’s nothing we don’t have to do if we don’t want to do it, so not everyone spends enough “time” in this cleansing and healing process. Instead, souls will often decide they died too suddenly and didn’t get to do everything they wanted to accomplish in that most recent incarnation, so they will dive right back into the womb and start a new life without ever fully healing. This leads to persistent issues, often benign but sometimes getting in the way of their intended mission in their new life.

What are we to do when we not only accomplished everything we wanted to due to our sudden demise, but we didn’t attain enlightenment (within the physical planet) and will keep repeating the same patterns that led to various traumas until we one day figure it out. That day could be tomorrow or 100 lifetimes from now. I have found clues to the answer that involve using the three indispensable tools of knowledge, awareness, and love, as well as embodying virtues and qualities that people who have entered the mysterious post-death meditative state of thukdam have had.

What Thukdam Tells Us About Enlightenment

When your body dies, you will not necessarily move on right away. I’m not referring to people who have died traumatically and have not come to a place of acceptance that they have died, becoming discarnates/ghosts. I’m speaking about entering thukdam meditation.

Thukdam is a meditative state that a rare few high-vibrational beings enter at the time of physical death. They are clinically dead yet their bodies do not suffer from any of the after-effects of death, such as rigor mortis, coldness of the body, foul odors, and the breakdown of organs. From the outside observer, they are very much alive, except seemingly asleep and without a pulse.

The space entered is called Ground Luminosity and will usually last for a few days, although some self-realized beings have been in the thukdam state for weeks and even longer. Getting into this unique state allows them to fully heal and liberate themselves from any traumas, negative thought-forms, etc. that have inevitably occurred during their lives on Earth. Once they are done with this meditation, their consciousness finally leaves the body and they move onto the next phase and onto non-incarnating roles such as becoming a guide for other souls, engaging in the direct creation of life in all of its variations, and other higher-dimensional roles too abstract and complex to get into here.

Do you have to be enlightened to enter thukdam? Nope! What does happen, however, is that people who enter it will attain enlightenment after they are done. Some even leave behind what looks like pearls called sarira after they are cremated, while others attain what’s called the Rainbow Body where the physical body quite literally transforms into light, leaving behind only a few minor accessories like fingernails and hair, as well as an actual rainbow even if it’s a clear day.

Let’s take a look at a woman who was 90 years old when she died and entered the state of thukdam. She was married to a Buddhist monk who meditated for hours a day, every day. She, however, never meditated. She chanted a few mantras but that was the extent of her disciplined practice. It’s interesting that she entered thukdam and presumably attained enlightenment yet her husband, the diligent meditating monk, did not. Why?

She was known to have been filled with compassion that was apparent in how she engaged with others. She was also very service-to-others oriented and displayed many selfless and heart-centered words and actions. This gives us insight into how 10,000 hours of meditation may not hold a candle to simply being compassionate and loving, while being of service to others. Meditation is only a tool and can be used in many different ways, and the sought-after fruits of which may not always be attained.

Living a life as an embodiment of love is the fast-track to enlightenment, as is the awareness that being compassionate will send out massive energy ripples into the collective consciousness, thereby elevating it more directly and profoundly than sitting for hours in mindfulness meditation. Add knowledge of the universal principles that are reflected within Reality, such as the interconnected wholeness of All, and you have a trilogy of tools for enlightenment that can bring you closer to no longer needing to keep circling around the wheel of samsara.

What Path Up the Mountain of Consciousness Will You Take?

Yes, meditation is definitely a helpful tool to support attaining enlightenment. After all, people like Siddhartha Gautama used meditation effectively to this end. However, meditation alone won’t get you there. You need to live as an embodied fractal reflection of the Source love and be aware of virtuous qualities like compassion and service-to-others being paramount, as well as having knowledge of the fundamental dynamics and aspects of Reality, like interconnected wholeness.

All paths up the mountain of consciousness eventually lead to the summit. However, some will meander here and there for great lengths of time before reaching the top. Others are going to take far fewer detours and get you to the summit of Enlightenment much quicker. What path you choose is ultimately up to you, as there are no “wrong” paths to take.