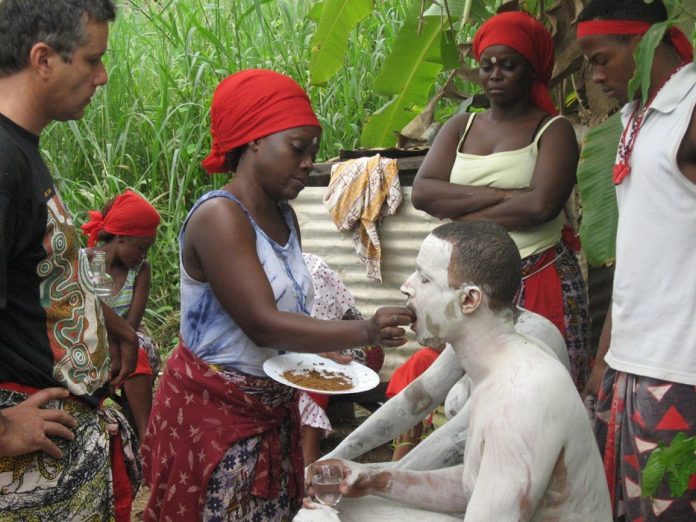 As many people were stuck in their homes for much of the last year, many began to get curious about themselves and had more time to think about the meaning of their dreams. This has actually been a curiosity for humans since the beginning of time and some spiritual practices have been developed around it. These practices can be tested and played around with to see for yourself and actually require that curiosity to be effective.

Both of my own spiritual practices talk about dreams and astral projection as a way to bring awareness into any situation. In Tibetan Buddhism, which I have been studying for almost a decade, they use Lucid Dreaming which they call “Dream Yoga,” to develop their awareness in this otherwise confused state. They believe that Dream Yoga will be particularly helpful to them at their time of death so that they can bring awareness in the death stages of the “Bardos” (stages of life and death in reincarnation).

Bringing awareness into these stages could positively impact their next incarnation, or even liberate them from Samsara (confused relationship to cycle of life & death). In Dream Yoga, practitioners will also play around with astral projection, beginning with their own room and eventually moving out into the world. This intriguing game has alway been very difficult for me, that is until I tried Iboga and found another spiritual practice to help with it.

The spiritual practice is known as Bwiti. Just to give you a background, I am a traditional Iboga Provider who was trained and empowered by a 10th Generation Bwiti Shaman. My company, Root Healing offers Iboga retreats and Iboga Assisted Detox in Portugal, Thailand and the US. I continue to return to Africa at least once a year for more and more training. Iboga is the godfather of all plant medicines and is the most powerful entheogenic healing tool available. Bwiti is a spiritual tradition from equatorial West Africa (Gabon, Cameroon, Congo) which has worked with Iboga for thousands of years.

Early in my training with Bwiti, my teacher Moughenda, told me that Astral Projection is such a normal thing there that they begin doing it from the time that they are children. Kids will go play with each other in their dreams and can visit one another at any time they please. This was surprising to me, but it goes a lot deeper with Bwiti and Iboga. In what is known as an “Initiation,” the Bwiti will eat large amounts of Iboga root bark in order to induce a visionary dream-state where they can connect directly with the spiritual world. The initiation, which is a kind of “coming of age ritual”  is something that most of the tribe will do by the time they have reached adulthood.

As someone who guides people on Psycho Spiritual Journeys with Iboga, I can tell you that this is the best way to induce the most lucid dream experience and may be the only way to astral project yourself into the spirit world. Some scientific studies on Ibogaine, the main active alkaloid of Iboga, have shown that (Ibogaine Acute Administration in Rats Promotes Wakefulness, Long-Lasting REM Sleep Suppression, and a Distinctive Motor Profile) it kind of tricks your brain into thinking you are asleep, while at the same time keeping you completely aware and lucid during the experience. This aligns with my own observations as people are able to access memories that have long been forgotten, face severe trauma directly in a totally safe way, observe the patterns of their own thinking mind, and meet their own shadows and subconscious world, all things which are usually only done in dreams.

The problem is that during a normal dreaming state, our sense of awareness and clarity of mind are weakened to a point where everything is convoluted, confusing and disorienting. With Iboga, we have this power of the dream state, and maintain our awareness throughout. With this ability, we can actually astrally project ourselves throughout the spirit world, and can even communicate with our ancestors. It is actually even possible to astrally project through time as well, which we normally utilize to help people with issues like ancestral trauma.

I know this all may sound crazy to you, but if that’s the case, I invite you to talk to someone who has done Iboga in the traditional Bwiti context or to try the experience yourself. For anyone who is interested in learning more about Iboga and Bwiti, you can visit my website or feel free to reach out to me at any time if you have questions. I hope this at least piqued your interest a bit in exploring where these interesting concepts converge and maybe even begin doing some exploration yourself.