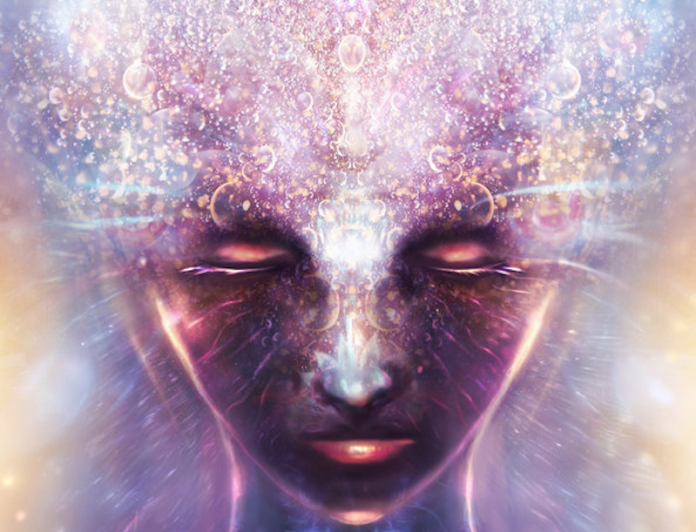 Are you aware of how the words coming out of your mouth are affecting you? Do you realize that every word you speak is a manifesting generator of the reality you end up experiencing? Words matter for several reasons. They can quite literally change the way your mind perceives something.

As linguists and neuroscientists have already proven what was always true, the words you speak shape the world you see. Words aren’t mere labels for objects or ideas. In fact, language can limit you by focusing your perception, attention, and thoughts on a more narrow band of Reality.

I notice that when I speak or think in Polish, I almost take on a slightly different personality. I become aware of myself engaging with thoughts and others in a way that is altered from how I do when speaking in English. When I have spoken in Spanish, Thai, or Lao for an extended period of time, I noticed that it is almost as if the words carried with them the energy of all those who spoke them before me, imprinting a specific way of engaging with others I used the words in that language to communicate with. Even mannerisms would change.

How We Understand Reality

As humans, we perceive and interpret everything through our basic senses (there are 5-20 of them based on what you include). Through these senses, or sensors, we create a subjective understanding of what Reality is, as well as how we perceive that it is constructed.

Language has tremendous power. It’s a remarkable tool that can be used for good or ill. Billions of people are controlled through fear using words uttered by those who are seen as being authorities over others in some capacity. Words have also inspired billions to pursue virtuous and noble lives by sages who have periodically come into this world.

Aspects of Reality that seem fundamental, such as time, can be perceived differently. For example, the Hopi do not have words to describe the past tense of verbs. This leads to their attention being focused on the present.

Besides the perception of time being altered, your sense of self can change as well. This is most apparent if you can speak and think in two different languages. When studies using Asian immigrants in North America in the 90s and 00s were done, it was found that they described themselves using the English language in Canada, they were usually describing themselves using positive statements to match the Canadian consciousness. However, when they did the same in Chinese, they described themselves in equal amounts of positive and negative statements. These differences align with the collective group consciousness of these two very different cultures. This shows how the language we use can shape how we perceive and think about ourselves.

Be Mindful of Your Words

Using words like he, mankind, god, and others can distort reality and close off a wider band of it due to how those words have been used for hundreds of years. These three examples in particular have been used in the past to describe all-encompassing aspects of reality (he referring to any human, man, woman or otherwise, mankind referring to every human regardless of gender and insinuating male supremacy, and god generally referring to a male anthropomorphic deity). Words such as this will limit thoughts and perception to a narrow range of options. If there are universal thought-forms being described, then universal words will more accurately describe them (they, humanity, and source, for example).

The expanded form of language releases minds from the linguistic limitations we have not even realized we were living under. You can have fun with this and create neologisms (words that haven’t been given meaning yet) if there’s an abstract concept that isn’t described with a word. Feel free to tone it out if syntax won’t allow for its full expression. Get creative and become in tune with the energy and consciousness behind all of the words that exist, to match your perception with the truest form of a thought.

Understanding the True Meaning of Words

It is also important to understand what the true meaning of every word we verbalize is. This means what the root and original intention of a word is. You should also expand this understanding out to words related to those words. Say the words and feel into them. Which one will move you forward in your life?

Let’s take a look at some examples of words that are either regressive for us, or cause us to be stuck and stagnant, as well as words that are promotive of our growth and progression.

I can’t – Will stop growth

It’s hard – Will stop you from achieving anything in life

I’m a skeptic – Stops you from learning

I don’t like it – Stops you from gaining knowledge

Try – If you try something, you will do it over and over, yet never get to the end Trying – Puts a block in your way

I can – Promotes growth and is a command to your Self

I am – Identifies you with a declarative statement about yourself

I believe – Allows your wishes and needs to manifest

It is done – A behavior of using helpful words

I can do it – Moves you forward in life

When you become more aware of what words you use and how they make you feel, you will be able to speak in a more deliberate way that will create only helpful manifestations for you.

Keep in mind just how powerful language is as a liberator or limiter for our consciousness to express itself and engage with 3D reality. Empower yourself to go beyond the artificial limitations, if they are there. Allow your consciousness to reflect itself with as much clarity, authenticity, and purity as possible.