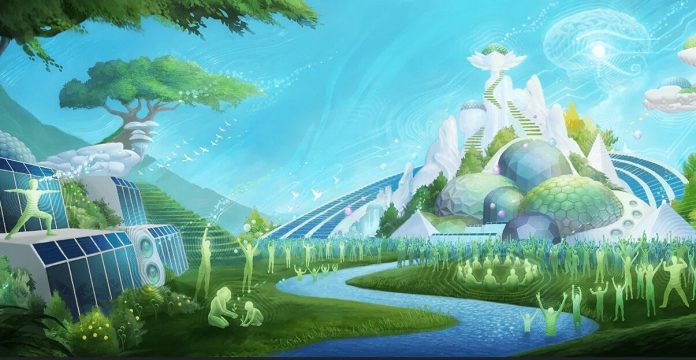 Shift was founded in 2013, meaning it’s been nearly a decade since then. Within that time, the world has changed significantly.

The focus of Shift has always been the conscious personal and collective evolution of humanity and the society it co-creates. As The Creation of a Consciousness Shift emphasizes, the inner world must shift before the outer world can shift.

We have seen tremendous strides in the collective consciousness over the past 9 years, yet not enough for a truly global enlightened society to exist. Given the nature of evolution, slow and gradual movements, along with interspersed quantum leaps, the optimal future we wish to see, and one that takes account a multidimensional reality teeming with consciousness and life into account, will reflect the actual dynamics of Reality. There is currently still too much disharmony, discordance, and incoherence within the collective as a whole.

This means that while the collective consciousness slowly comes to realize who and what it truly is, there will be pioneers on the leading edge of consciousness on this planet who will establish (with increasing frequency and intention) New Earth Nodes that will be a preview of what will eventually scale out globally into a massive distributed and decentralized network of localized communities.

As the artwork of brilliant visionary artist George Atherton shows above this article in his artwork entitled We Chose Paradise, the future present of the human experience becomes more ecotopic and biophillic, strengthening the connection between humans and their environment. Symbiosis leads to greater harmony, and here at Shift we continue to do our part, in a variety of ways, to help pioneers on the edge of Tomorrow co-create the best possible version of what life could be like here on Earth.

Technology, which currently is very appealing to humans through what it promises, is increasingly disconnecting humans from not only themselves, but also from others, the Earth, and beyond. Alluring digital tech promises to connect humans in novel and better ways, yet study after study discovers the promises turn out to be lies that lead to more depression, anxiety, division, anger, and suffering in general. Technology has seduced many, including those who thought they were immune to its shadow aspects.

Just as the ego is an excellent servant but a dangerous master, so too is technology. There is an immense abundance of benefits that technology in all its forms provides. Even AI can be used for good, albeit with many caveats. The locus of the issues surrounding technology is that technology is being used to replace authentic human connection with superficial and unfulfilling substitutes.

At Shift, we believe technology provides incredible benefits but should always be used mindfully in a way where it is used as a tool to engage more deeply and fully with the tangible reality beyond the “dirty electricity” EM field generators we engage with constantly throughout the day like smartphones, laptops, and others.

Transhuman singularity is a net that appeals to those who are not self-realized, yet it is a mere shadow of what we can call Source singularity, where there are the benefits promised by transhumanists but without all of the imprisoning aspects that come with a technological matrix.

Consciousness can heal anything, communicate and engage with others in a multidimensional way that goes way beyond AR/VR/XR, and continue to flower into an infinite-petaled lotus like the ever-evolving mandala it is. Locking up a technological copy of an ego persona (the ultimate goal of transhuman singularity) within a technological matrix is a raw deal compared with the true liberation, freedom, and evolution that comes through supramental transformation and the enlightened awakening of the Self.

Being mindful of all of this, and the increasing impact digital technology is having on human consciousness, we believe it is high time to demonstrate technology can be used as a tool but with tempered use so that organic evolution of consciousness, without any traps, nets, or prisons, is presented and introduced to humanity, especially the Pioneers, as the way forward into the future present. There is a Middle Path to be taken that allow us to avoid the pitfalls of polarity extremes.

Shift will evolve just as everything is continuously evolving. Human attention spans have become reduced to a fraction of what they were prior to black mirror technology like smartphones, which means we also need to adjust and refine how we communicate and engage with the world.

We believe that this negative consequence of agitating EMF generating devices can be reversed with reduced use of them, and then effective tools and techniques being used to restore that and other issues resulting from imbalances caused by digital technology.

The most immediate future of Shift is going to be us being more active on Telegram, the popular messaging app on Desktop and Mobile, that allows us to communicate as a Channel that shares information, knowledge, and insights revolving around the personal and collective evolution of humanity. We’ve already got a wealth of fascinating info on there, so check it out!

Our future plans include expanding on an idea we had several years that involved creating a network of networks of conscious creators. The network, resource hub, and platform we have been working on for the past year will launch later next year, and will connect everyone who is anyone doing their part in the co-creation of a new conscious society.

Additionally, our vision and digital products will be specially designed to bring connections made out of the virtual world and into the real world. This is how we believe meaningful and effective change, evolution, and transformation will occur.

The more fragmented the Pioneers of the new paradigm are, the less effective they are at co-creating a better future present. While the internet has indeed connected souls around the world, it has fallen short of taking those connections out of the net of cyberspace and into the tangible world where we, as physical human beings, are actually living our lives. This is why one of our main goals is to create online networks that are used to create offline networks.

Moving Into a New Era

There is a very delicate dance needed currently between the virtual and physical worlds, and as we move forward into a new yuga and era for human consciousness, it’s important more than ever to come back to our inner beings and see the path to true evolution and expansion of who we are will be the inner path to outer space.

Soul-driven and natural extropy is what will take humanity to the expanded state of consciousness and progress best for it and everything it is interconnected with. We are going to share more about our plans in 2023. Until then, we invite you to join our Telegram channel to become inspired and learn more about the leading edge of possibility and knowing.