The Ultimate Guide to Cymatics 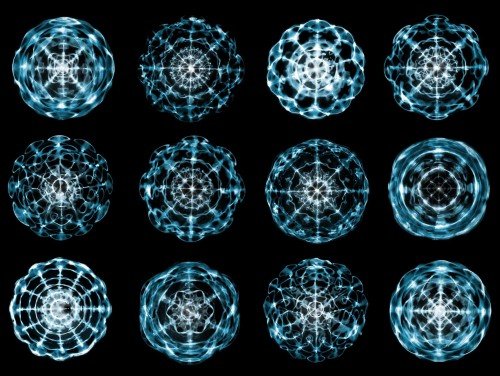 Cymatics is the study of vibrational frequencies manifested as sound and seen as form, usually on a solid metal surface. The observations of these sound structures involved the use of some fine material, such as salt upon a flat and solid surface, in order to be seen. The higher the frequency, the more intricate the pattern. Highly complex patterns can also be seen on a water surface.

The study of sound waves upon such mediums demonstrates the idea of sound being an intimate aspect of all physical manifestations, such as insects, plants, animals, planets, and the universe. Better understanding of cymatics will be able to make way for the implementation of practical approaches to creating greater harmony in life by becoming more aware of those unconscious vibrations that we constantly enliven throughout our day.

Cymatics shows how vibrations interact to create the world we experience. It also brings to light hidden principles which underlie all natural processes. Understanding these principles can help us to better understand how reality operates, thereby clarifying our outlook on life.

The Basics of Cymatics

Dr. Hans Jenny, a Swiss scientist who studied the effects of sound upon organic matter, called the work cymatics. Using various organic substances vibrated at different frequencies, he found repeatable patterns that represented cellular growth, mandalas, and microscopic life forms. From his work it has been proposed that sound creates form and changing frequencies affect form at a cellular level. Now, using laser technology, physicists are also finding that harmonic intervals produce perfect geometric shapes, reinforcing the idea that vibration underlies all form. As evidenced in this video, harmonic frequencies in varying tones produce different structures and patterns. The higher the tone and frequency, the more complex the structure.

What cymatics demonstrates is that sound creates form. An important notation to the reality of this is that the forms that manifest out of these occurrences are replicable if the setting is the same. Furthermore, the patterns and structures that are created using sound are see in nature and the environment, in everything from sunflowers to tortoise shells. It is these findings that point to the suggestion that sound had a direct influence on the creation of matter in all its manifested forms on earth and possibly, the universe. This complements ancient creation stories that involve sound, in some form, being an intimate part of the creation of the universe and Reality. To see an example of sound frequencies creates intelligent and intricate patterns, watch this video. According to author and lecturer Dr. Deepak Chopra, Ayurveda teaches that, “the body is held together by sound, and the presence of disease indicates that some sounds are out of tune…primordial sound is the mysterious link that holds the universe together in a web that is the quantum field”.

The manifestations that are seen after sound vibrations are applied to the appropriate surfaces to make observations seem to have a strong similarity to patterns and structures seen in sacred geometry. The term sacred geometry is associated with Pythagorean geometry and neo-Platonic gometry, as well as the perceived relationships between organic curves and logarithmic curves. Some subject material included within this framework includes the Platonic Solids (etrahedron, hexahedron, octahedron, dodecahedron, and icosahedron), the Fibonacci sequence (1, 1, 2, 3, 5, 8, 13, 21, etc.), and the Phi ratio (1.618). The elaborate and complex structures of sacred geometry can be evidenced everywhere in nature, such as in the common cold virus displayed on the right side of this page as pentacles. This further suggests that sound is the driver, or at least one of the primary driving forces, of the creation of form, while sacred geometry is the outcome of that driver. There seems to be an order to manifested reality, in a way that a theory based on the principle of random chance and incoherence can not explain.

Snowflakes and crystallized water both take on beautifully intricate structures. Dr. Masaru Emoto has done extensive research with respect to water and how external stimuli affect the structure of the water crystals themselves. Exposed to music, human voice, and other factors, the water crystals were shown to be quite disoriented and chaotic when thoughts or words of a negative manner were projected onto it. However, when thoughts or words were projected with positive energy such as “Thank You”, then the water crystals became orderly, geometric, and intricate. This expression of directed and projected sound at an object (in this case being crystallized water) demonstrates cymatics at work. The vibrational frequencies manipulate and restructure the water in a way that can turn a polluted water sources into a healthy and perhaps even healing source of water. Crystallized water, when noticed of the connection with cymatics, can be studied in locations such as Antarctica, when core samples are taken, to extrapolate data as to the specific energetic signatures of ages past. Looking at the geometric structure of the water crystal or snowflake could show how clean, polluted, or dreadful an area was thousands or even millions of years ago. This research is still in its infancy and little it currently known on the subject, as a whole. 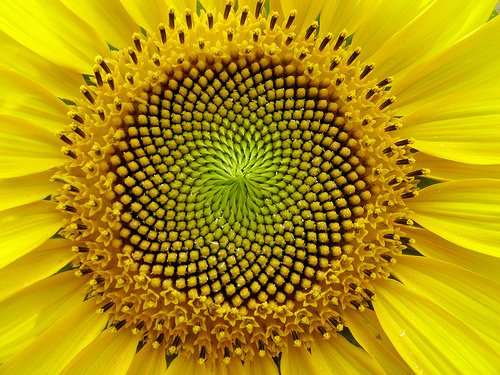 Sound waves are able to directly impact the growth cycle of a plant. Sound frequencies in the form of music such as that by Beethoven has been proven to help promote quicker growth for crops. South Korean scientists, who played classical pieces including Beethoven’s Moonlight Sonata in rice fields, say they have identified plant genes that can “hear”. This comes as a finding complementary to the discovery of plant consciousness being a reality. In specific terms, the study found that sounds at specific frequencies – 125Hz and 250Hz – made genes rbcS and Ald more active, whereas sound waves at 50HZ made their less active. Certain sound frequencies, when compiled into musical form, seem to have a beneficial impact on a plant’s growth. The conclusion that can be made is that any form of sound waves, be it spoken word, musical song, or otherwise, will directly impact the growth and being of a plant.

When viewing the songs of whales and dolphins in the form of wavelets, the manifested product looks remarkably similar to cymatic expressions of harmonics and sounds. A wavelet is a wave-like oscillation with an amplitude that starts out at zero, increases, and then decreases back to zero. It can typically be visualized as a brief oscillation like one might see recorded by a seismograph or heart monitor. There is much difference in the graphical manifestations of the harmonic tones that are expressed via “song” by dolphins and whales because of an interestingly-sophisticated characteristic that these species possess.

Recent research shows that humpback whale songs differ in local dialects and contain complex grammatical rules, showing a higher level of communication than first thought. There are those who believe that the sounds and songs created by dolphins and whales may actually be wavelets base functions within the limits of what is physically realizable. These visual expressions of sound waves seem to suggest that this is yet another demonstration of sound manifesting into form.

Om is associated with being the primordial sound of the universe and of existence. It is the first harmonic frequency that was projected at the occurrence of the Big Bang that formed the universe and is purported to resonate within our beings as well.

The significance of Om rests on the belief that the entire universe, in its fundamental form, is made up of vibrating and pulsating energy of varying frequencies. Unlike all other mantra, there is no meaning of Om. It is not a word, but a phonetic interpretation of a sound. According to Hinduism, it is the sound of the Source consciousness. Beyond being used in meditative practices, it is used as a healing tool, a centering and balancing tool, and as a space clearing tool.

According to Indian spiritual sciences, the Source of creation first created sound, and from these harmonics frequencies came the phenomenal world. The sound was made when matter first started to divide and differentiate and to recombine. Humanity’s total existence is constituted of these primal sounds, which give rise to mantras when organized by a wish to communicate, manifest, invoke or materialize.

Matter itself is believed to have formed from sound is the vibrational frequency that preceded the universe. It is the cosmic vibration that holds together the particles and atoms of our existential reality. Om is the first part of the most important mantras in both Buddhism and Hinduism, e.g. Om Namoh Shivai and Om Mani Padme Hum.