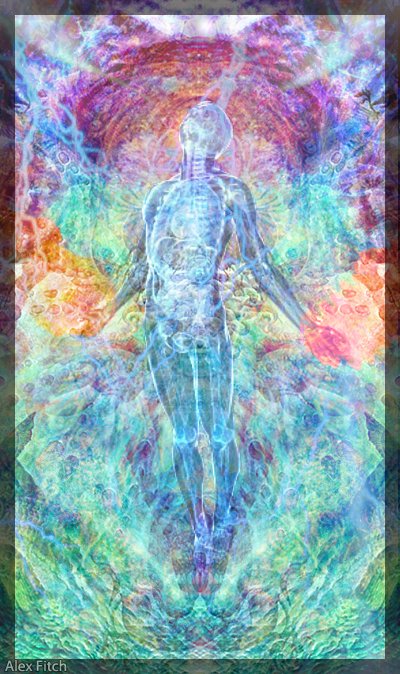 Fred Alan Wolf PhD is a quantum physicist that wrote books such as Taking the Quantum Leap and The Spiritual Universe. He explains near death experiences by using quantum physics in the following commentary.

Q. Some people talk about the Light that is seen at the moment of death and in near-death experiences. What is this?

A. From a scientific standpoint, it is difficult to say exactly what is going on. And the reason why we don’t know is because we have no idea where the viewer is that sees this Light. As an example, right now, you have some sense of being present in your body looking out at the world. But according to what we know from physics, this is an illusion of perception: There is no place inside your body where “you” actually exist. You don’t have a particular volume of space or spot that is “you.” It is an illusion to think that everything outside that volume of space is “not you”–what you commonly say is “outside of you.” The best description we can give for this sense of presence is that you “are everywhere.” The main reason that you have more awareness of being in a body is simply because the sensory apparatus of the body commands a great deal of your attention and that much of your attention is linked to your physical senses. We have the illusion that our human bodies are solid, but they are over 99.99% empty space.

If an atom is blown up to the size of an entire football stadium, the dense part of the atom would be comparable to the size of a single grain of rice placed on the 50 yard line. Now why is that important? Because in an atom, the nucleus accounts for 99.99% of all of the matter or mass. Atoms are mostly made of space. So although we experience ourselves as being these solid human bodies, it’s more like “who we are” is an awareness or consciousness that lives in space.

Q. Some people may wonder, what is the “light at the end of the tunnel” phenomenon that sometimes occurs in near-death experiences and probably at the moment of death as well?

A. Let me offer a possibility here. Though all material objects cannot, by definition, travel faster than the speed of light, there is evidence that the soul, which is non-physical and therefore not confined by movements in the material world, can travel faster than the speed of light. Traveling faster than the speed of light is called “superluminal speed.” So at the time of death, or during a near-death experience, it may very well be that the person transitions from the material world–that operates at speeds less than the speed of light–to a world that operates faster than light speed, the so-called “superluminal” spiritual world. In that transfer, a tunneling effect may take place in much the same way that it appears to take place in what astrophysicists call a “black hole.” Now this is where it gets really interesting. At the superluminal speed of the soul, we go beyond time and space as we experience it in this physical dimension. We then have the phenomenon of being able to move both forward and backward through time/space. People who come back from a near-death experience describe something like this. What these people are very likely experiencing are windows into that kind of time/space dimension of Reality.

Q. Many people also report, either at the moment of their death, or those who’ve come back after a near-death experience, that they have had experiences not only of seeing their loved ones that have departed, but also meeting what I call “super-luminary figures” such as Jesus, Mother Mary, Moses, Krishna or any other sacred personages. Can this be explained?

A. The specific super-luminary figure that appears is usually based a person’s upbringing– Jesus appears to Christians, Krishna for Hindus, etc. But why do these particular beings manifest in our consciousness? Well, I believe these figures are symbolic representations of our spiritual ideals.

On a higher level, everyone embodies the archetypal aspects of Jesus, Krishna, Mohammed, etc. These archetypes of our ideals heal our sense of soul loss and serve our spiritual revival to help us remember a part of us that we usually forget about in everyday life. The physics of the process of experiencing these beings involves an interaction between our soul and our body-mind. This is nothing less than the “physics of God” that we’re talking about. 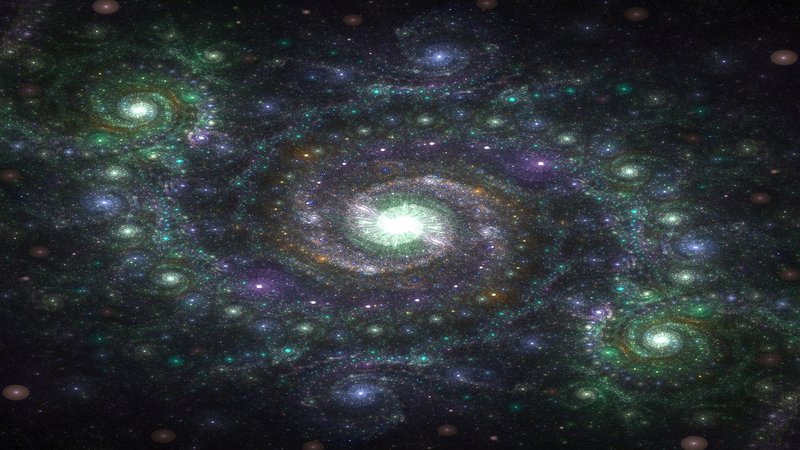 NDEs Are Not Hallucinations

There is definitive evidence that NDEs are not hallucinations. The evidence lies in EEGs. Whenever a person talks, thinks, imagines, dreams, etc. their EEG registers an enormous amount of activity. Even hallucinations measure on the EEGs. However, there are many cases in which people with flat EEGs have had NDEs. If their death experiences were truly hallucinations, they would have registered on the EEGs.

A near death experience is similar to what mystics, shamans, and founders of religions have experienced during their spiritual experiences while alive. They came in contact with the spirit world, the nonphysical plane of reality. However, in the case of people who had NDEs, they did not leave the physical world at that time since it was not time for them just yet. There are millions who have had a NDE and the reoccurring theme is the same…becoming one with the Light. This is the Source that we are all longing to reconnect with and go back to. Religious beliefs and preferences change, sometimes drastically, after NDEs. Below is a chart with religious preferences from the Near Death website before and after a NDE. 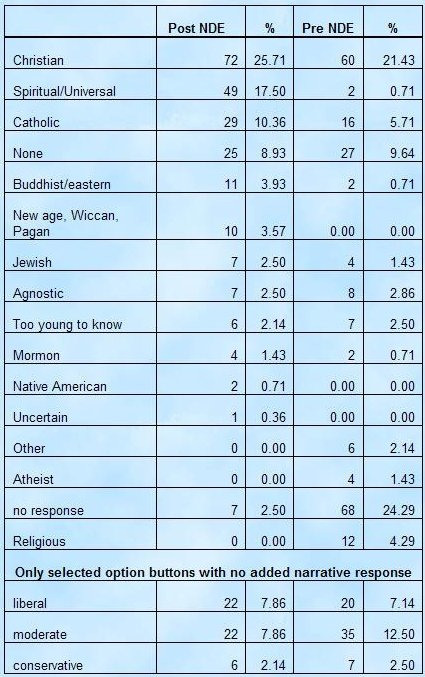 From this sample population, nobody became or stayed an atheist after having a near death experience. Also, people who had previously said they were religious (meaning participating in ritualistic and dogmatic activities), saw a huge decrease to zero after the NDE. Perhaps the greatest point of interest of those who embraced spirituality after their NDE. Before the NDE, there were only 2 individuals who said their beliefs were closest to Spiritual/Universal. After the NDE, that number jumped to 49. If we were to use this sample population and magnify it from its size of 230 to 230,000,000 which is about 80 million less than the population of the United States, those statistics would consist of 2,000,000 people having Spiritual/Universal beliefs before the NDE and 49,000,000 people following Spirituality after the NDE. Compare 0.86% with 21.3%.

As Spirituality does not belong to any single religion, nor any single creed or dogmatic system, one assumption that may be made from this data is that it would be an understandable and plausible choice of a person who had just had a NDE. Perhaps they realize, while they are in the spirit world for those few minutes, that there is no one religious belief system that is the “only way”. Out of the 100,000+ religious belief systems, it is not our job to search for the one that is the “only way” but to realize that all beliefs are searching and attempting to attain the same thing, they just do not agree on the methods used to attain those goals.

Within a number of NDEs a pattern becomes evident. This pattern can be found in children’s NDEs as well. The pattern (and any single experience) includes one or more of these things:

he most common realization that NDE experiencers are given by their spirit guides and other helpful forms of Consciousness is one centered around unconditional love. Over and over, this message is repeated by NDE experiencers. The message is that we must replace anger with love, learn to love more, learn to forgive and love everyone unconditionally, and learn that we are in return, loved.

A two-year study of an individual that was born blind, but was able to see during an NDE, concluded that NDEs of the congenitally blind can unfold in precisely the same way as do those of sighted persons. Vicki Umipeg, a forty-five year old blind woman, said that she found herself floating above her body in the emergency room of a hospital following an automobile accident. She was aware of being up near the ceiling watching a male doctor and a female nurse working on her body, which she viewed from her elevated position. Vicki has a clear recollection of how she came to the realization that this was her own body below her. She also said that following her out-of-body episode, which was very fast and fleeting, she found herself going up through the ceilings of the hospital until she was above the roof of the building itself, during which time she had a brief panoramic view of her surroundings. She felt very exhilarated during this ascension and enjoyed tremendously the freedom of movement she was experiencing.

She also began to hear sublimely beautiful and exquisitely harmonious music akin to the sound of wind chimes.she then discovered she had been sucked head first into a tube and felt that she was being pulled up into it. The enclosure itself was dark, Vicki said, yet she was aware that she was moving toward light. As she reached the opening of the tube, the music that she had heard earlier seemed to be transformed into hymns and she then “rolled out” to find herself lying on grass. She was surrounded by trees and flowers and a vast number of people. She was in a place of tremendous light, and the light, Vicki said, was something you could feel as well as see. Even the people she saw were bright.

Such reports, replete with visual imagery, were the rule, not the exception, among research’s blind respondents. Altogether, 80% of the entire sample claimed some visual perception during their near-death or out-of-body encounters. Although Vicki’s was unusual with respect to the degree of detail, it was hardly unique in the sample.

Sometimes the initial onset of visual perception of the physical world is disorienting and even disturbing to the blind. This was true for Vicki, for example, who said:

“I had a hard time relating to it (i.e., seeing). I had a real difficult time relating to it because I’ve never experienced it. And it was something very foreign to me … Let’s see, how can I put it into words? It was like hearing words and not being able to understand them, but knowing that they were words. And before you’d never heard anything. But it was something new, something you’d not been able to previously attach any meaning to.”

People Born Blind Can See During a NDE

Experiencing the Soul: Before Birth, During Life, After Death by Dr. Fred Alan Wolff

The Holographic Universe by Michael Talbot

Noise from the edge of the universe