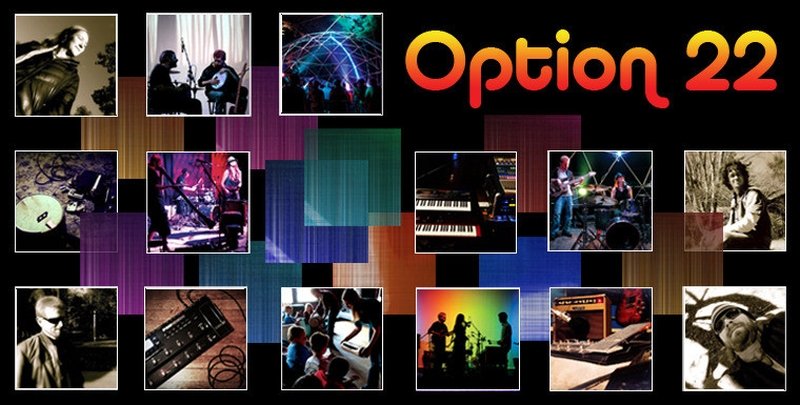 Option 22 is an eclectic Americana ensemble with a revolutionary vibe. Dubbed by one listener a “new age jam band,” their broad style spans from newgrass to space-folk to roots-rock world funk and points in between. They are channels for the music, allowing it to flow through them and deliver it to whomever is present along with messages of hope, love and healing.  On the fly collaborative dynamics, rhythmic muscle and thematic inventions shower you with sound that is sure to lift your vibration and unlock the doors of your heart, allowing you to groove freely and transcend.Based in Princeton, West Virginia, Lori McKinney (vocals, drums, djembe, spoken word) and Robert Blankenship (guitar, banjo, shamisen, hand-drums, didgeridoo) have been writing and playing music together since early 2004, forging songs from the creative blast furnace of the divine flow. Now infusing the mix are the intense, driving bass lines of Brandon Dunn (bass) and the intuitive, free form guitar stylings of Jordan Furrow (lead guitar, percussion).

Their work as healing artists and arts organizers (they founded and run Culturefest World Music & Arts Festival and The RiffRaff Arts Collective) is fueled by a strong desire to build and contribute to community. Their music reflects that passion. With backgrounds in theatre, performance, yoga/meditation, and visual arts, the group comes together with an artistic mind-set and a vision for a better world. Their latest release, “The Change,” is now available. Their last album, “Choose The Music,” was nominated by HomeGrown Music Network for 2010 Album of The Year. One of its tracks was featured on the CD Sampler of the March edition of Relix Magazine.