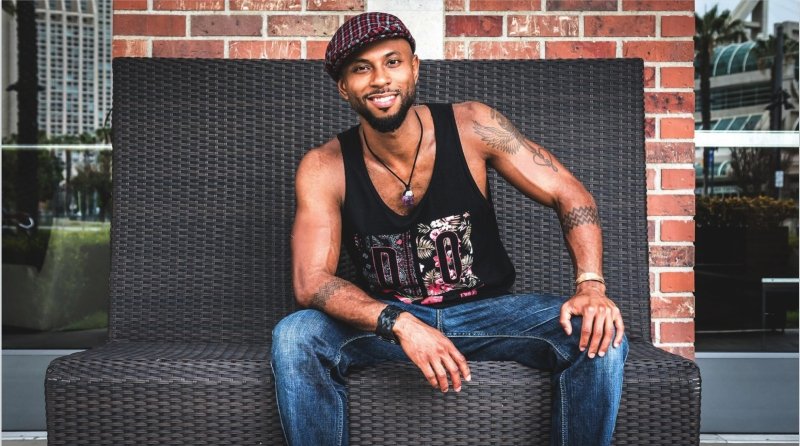 A world premier visionary-inspirational vocalist and songwriter, Kiyoshi, has a deep passion for empowering humanity. Kiyoshi and his band engage audiences worldwide with a highly interactive and authentic stage performance, getting the crowd dancing and moving like no other.

Born in Saginaw, Michigan, Kiyoshi received his first introduction to the world of harmony & sound healing from his music teacher father. Blending styles from his Pacific Island and African American lineage, he built his reputation as one of Metro Detroit’s most creative and talented artists when he relocated to Ann Arbor. Talent shows, poetry slams, open mics, and the underground hiphop scenes in the Midwest nurtured his ability to command an audience on demand.

Kiyoshi currently resides in Southern California, where he performs, curates events, and teaches yoga in his free time.  He’s collaborated with a plethora of talented musicians and producers including The Polish Ambassador, Kaminanda, Luminaries Crew, and many more.  Kiyoshi has been featured on countless media outlets including MTV, VH1, NBC, URB, and opened up for notable acts such as Zap Mamma, Aloe Blacc, Xavier Rudd, Mayer Hawthorne, and Slum Village.  He was recently featured on the “Ready to Live” Health & Wellness mixtape executive produced by Stic of the legendary hiphop duo Dead Prez amongst other rap heavyweights including Nas, KRS-One, Busta Rhymes, Jadakiss, Styles P, and others repping a healthy lifestyle through hip hop culture.