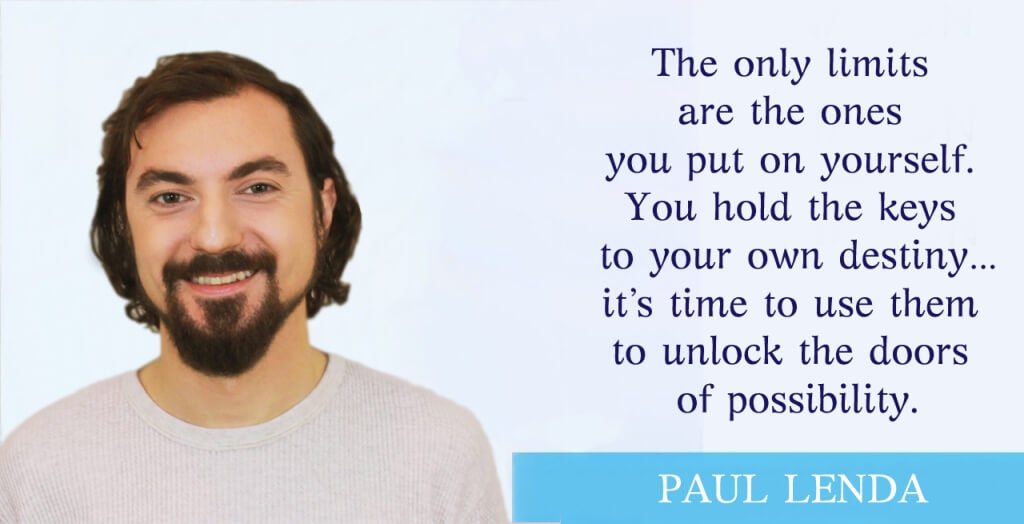 Paul Lenda is a conscious evolution guide, founder & director of SHIFT, author, writer, speaker, organizational consultant, meditation teacher, and life coach wishing to provide an integral role in personal transformation and the collective social transformation of humanity. Paul has nearly 15 years of extensive eclectic spiritual practice, a drive for esoteric knowledge, and a strong motivation to see and understand the wider horizon of Reality.

Paul has spoken and facilitated workshops at various organizations, events, and shows and has had his articles published in magazines and journals around the world. Paul’s words and guidance will stir up a spirit of action and change, enable you to see things differently, and shift your consciousness

In what was a gradual realization and understanding of what the true Self is and what the nature of Reality is from adolescence onward, Paul became an active seeker of everything that was never taught in the established educational systems. By doing so, and by filtering the the signal from the noise, Paul was able to develop an extensive knowledge base to which he also applied diligent personal practice as a means to verify what resonated as functional and effective in the evolution and elevation of consciousness. There was plenty of deprogramming from religious fundamentalism, political polarity, and societal falsities, as well as deep self-work, that needed to be done in order to avoid non-virtuous actions, the traps of mis-identification with the ego personality, and the pitfalls of in-authenticity. By focusing on having a balance in all aspects of his life and being a sovereign being, Paul is able to provide an approach to conscious evolution that ensures there is harmony and success in the path taken in the quest for healing and growth.

How Paul Can Help

Paul helps his clients transcend perceived limitations, dream bigger than they’ve ever done before, and see how powerful and gifted they truly are, so that they can experience extraordinary transformations in their lives.

The key to creating anything you want in your life is knowing your next step. With Paul’s coaching, you will be able to simplify your life with a clear goal, purpose, and strategy that always begins with a clear next step.

Fill out this form to start your journey…

If you are an individual or an business/organization looking looking for strategies that will bring you success in your endeavors, Paul can help you bring in your vision into a grounded reality or help your already-established vision go to the next level of abundance and prosperity. This service is especially helpful to high achievers, visionaries, conscious creators, entrepreneurs, and change makers who are ready for the next level of their success and want to overcome barriers to their growth. You can contact Paul for more information and to open up a discussion about this service, including the different pricing options.

Private one-on-one sessions are $97 an hour and are payable either via Paypal or cryptocurrency. You can book starting from a 30 minute session up to as much time that you need (going in 30 minute increments).

Special Limited Time Offer: Paul’s book The Creation of a Consciousness Shift will be provided for free as part of any session booked.

To schedule a session, fill out this form.  Once your submission is received, Paul will evaluate whether he is able to help you based on what you shared. If he can, he will respond with the next steps to take prior to the session.

Paul offers writing & editing services geared towards visionaries, creatives, thought leaders, & conscious entrepreneurs of all kinds. If you have a conscious brand that could use copywriting or content written for it, have a message you feel called to share with the world, or have something already written that could use editing, Paul can turn your message into something power and authentic that will inspire people. Fill out this form to start the conversation about this service.

Paul is one of my favourite authors on the subject of consciousness. He discusses complex, sometimes overwhelming, concepts in a way that makes them both digestible and inspiring.

With Paul’s, help my manuscript has become more professional and succinct. He is very skilled and able to recognize what is needed to help the written word become more clear and accessible. Paul is fast, detail-oriented, and a pleasure to work with. Without hesitation, I would utilize his editing services again.

Paul offers courses that go in-depth into specific areas of focus, which allows for the deeper accessing, unlocking, and integration of inner wisdom. Below are the current courses being offered. Choose which one you are interested in and you will be taken to a page where you can learn more information about the course.


Paul is available for speaking at events, outings, gatherings, festivals, and other functions. If you are interested in having Paul speak at your event, contact him here.

Buy a discounted PDF e-book copy directly from SHIFT using the link below:

It is a helpful compilation of wisdom from across the ages, and a compact, to-the-point set of guidelines that will serve people looking for a path to fuller humanity.

A practical, in-depth guide to realizing higher states of consciousness and experiencing a deeper sense of personal well-being.

Jim Dreaver, author of END YOUR STORY. BEGIN YOUR LIFE

Paul’s Get Lucid meditation workshop provides the space for a profound experience, one that is both informative and uplifting! The tools and methods shared in this workshop, when implemented, allow for true personal growth and expansion. I am grateful to have participated.

Conscious Evolution for the Sake of Our Future, The Edge Magazine, December 2014

The Reality of Interconnectedness and Interdependent Co-creation, Wisdom Magazine, 2012

Know the Difference Between Passion and Obsession, Wake Up World, January 21, 2020

Attachment and the Illusion of Duality, Wake Up World, January 4, 2020

How to Transform Your Darkness Into Light, Wake Up World, December 17, 2019

Connecting Life to Consciousness With Your Breath, Wake Up World, December 10, 2019

How Silence Awakens Your World, Wake Up World, November 26, 2019

How to Free Yourself From Toxic Beliefs, Wake Up World, November 19, 2019

Being the Change in These Turbulent Times, Wake Up World, November 5, 2019

How to Radically Welcome Personal Growth, Wake Up World, October 29, 2019

4 Techniques to Expand Your Consciousness, Wake Up World, October 8, 2019

Making the Transition from Fear to Courage, Pathways to Family Wellness, September 1, 2015

Standing at the Crossroads of Collective Evolution and Total Collapse, Gaia, June 18, 2015

5 Things Happy People Do Before Getting Out of Bed Every Morning, Wisdom Pills, January 31, 2015

The Savior in the Mirror, Elephant Journal, January 9, 2013

We Are the Future Makers, Elephant Journal, November 3, 2012

Lightning in a Bottle Festival, California (2014)

Lightning in a Bottle Festival, California (2013)

Disconnecting to Connect – My Story of Staying at a Retreat in Vermont’s Green Mountains (April 30, 2014)

Are You Ready For a Consciousness Shift?, Transformation Talk Radio, November 15, 2012

10 Affordable & Earth-Friendly Alternatives to Living in a Traditional House (April 30, 2019)

11 Books That Will Shift Your Consciousness and Change Your Life (November 7, 2018)

Reclaiming the Sovereignty of Our Minds (February 24th, 2016)

A Message to the Change Makers of the New Paradigm (December 25, 2013)

How Your State of Mind is Affecting Your Well-Being (November 27, 2013)

Forgiveness: One of the Greatest Gifts to Give Yourself (September 5, 2013)

The Golden Rule: A Lesson in Oneness Throughout the Ages (August 26, 2013)

Expanding Our Awareness to See a Multidimensional Reality (July 30, 2013)

Becoming a Conscious Evolver for the Sake of Our Future (June 13, 2013)

Lifting the Veil of Separation to Find a Transpersonal Reality (June 6, 2013)

A New Worldview is Consciously Evolving Humanity (May 25, 2013)

Freeing Ourselves From Emotional Manipulation (May 22, 2013)

Reflecting on Wisdom in the Golden Verses of Pythagoras (May 20, 2013)

Escaping the Imprisonment of Cultural Programming (May 16, 2013)

Reaching the Shores of Enlightenment Through Acceptance and Forgiveness (May 14, 2013)

Becoming the Infinite Conscious Creative Force of Reality (May 10, 2013)

How We Can Avoid Greed-Induced Cultural Collapse (May 8, 2013)

Humanity is Waking Up to the Intelligence of Nature (May 7, 2013)

How To Rediscover Our Connection With Nature (April 27, 2013)

The Future of Evolutionary Futurology (April 16, 2013)

The Esoteric Ancient Wisdom of the Hawaiian Huna Philosophy (April 9, 2013)