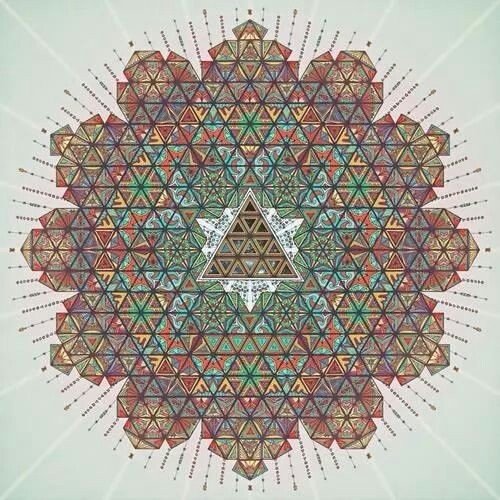 As we understand it at this time, the Source is the supreme uncorporal essence and origination point of all that is. The creative consciousness of the physical universe. This Source, which is the infinite consciousness of everything, is everything, just as the infinite consciousness is everything. The Source is the original spark of consciousness that creates and maintains the universe, and all that lies and lives within it. It is the supreme creator of consciousness eternal. It is called the Source because it is the origination of all that is and all that becomes. The Source is where one’s localized consciousness (archaically called the soul) originates, beginning a journey of Experience, which it is itself, from infinite positions of awareness, for when it ultimately returns to merge with the source of which it manifest. In one aspect, everything that exists is the Source and nothing can possibly exist which is not the Source; for it is the One life, and in it every being and manifestation of consciousness has its life and existence. The illusion of separation in the physical sense can make this appear to be unclear yet novel discoveries about the universe and Reality have found that the physical universe is but one frequency in a vast spectrum of existence. The Source is also the Supracosmic and Metacosmic Void; the mysterious and primordial emptiness and nothingness that is conscious of itself and is the ultimate cradle of all existence (see Sri Yantra). It has no concrete content, yet it contains all there is in a germinal and potential form.

Although losing much of its definition, some may equate the existential source of all Reality with the concept and idea of something that in recent ages past was called “God”. We do not recommend interchanging the terms Source and God for a very significant psychological reason. There are many within the scope of the global consciousness that are either attached or fear the elimination of such a concept from within their psyche, and as such, they may refer to the Source as being one in the same with this anthropomorphic concept (it is anthropomorphic when consideration is given to how ingrained within society and imprinted within our minds the connection between anthropomorphism and the term God is).

Doing a test on yourself, say the word God in your head and be aware of what your mind associates after focusing on that word. If you were brought up in a society or culture where God is associated with an anthropomorphic being then you will see how this will limit the true understanding of what an infinite source of reality that is reality since time without beginning is. Not only is this a very vague and superficial word and/or title, this word has become too personalized within human consciousness and has lost the magnitude of its meaning, if it had ever existed in the first place, to something resembling a limited anthropomorphic deity. The term God, which has dualistic and anthropomorphic implications, is a human concept, which is a misunderstanding of the original concept of a creator that is also the creation. This is further confused, as there are many macrocosmic level creators (as consciousness itself is a creative force). There are manifestations of Reality that are able to created. Even humans have this power already, and they exemplify it in things such as the various inventions and the creation of novel aspects of Reality that we were not aware of having existed previous to our creation of them. The word God implies some separate entity which is ‘outside’ of one’s self, which a person must supplicate to and worship. The Source of consciousness and all that is does not want or need anyone’s or anything’s worship. Our Source wants you to understand creation, and your place within it, as a co-creator.

Ultimately, there is a supreme existential essence, in the form of the one Source consciousness of all that is, but we are all a part of it, rather than its subjects. It is quite apparent to even a small child that something cannot come from nothing, yet the free association of the mind tends to jump to overly simplified concepts such as which humans can relate to more readily such as an anthropomorphic being. Humans have developed subjective biases, because of faulty perceptions about the creator of reality that have existed for thousands of years and the effects of this misconception have seen constantly day to day. Some individuals have even personified the Source to the point where they say it is of a particular physical sex, has a particular physical shape of a body, lives in a particular place in space-time, and so on. The idea of an anthropomorphic deity takes the power out of one’s own hands, and places it upon some shadowy unknown figure, somewhere “out there”. In other words, outside of yourself. The Buddha himself has been noted as advising against the use of the commonly used terms for the Source (God, Deity, etc.) because of the widespread misinformation and misunderstanding of it. This is the primary reason why the writings of the Buddha are carefully written in a manner that does not express the identity or the existence of anthropomorphic deities.